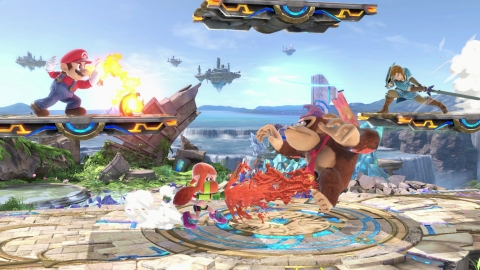 Is there a Nintendo Switch title that’s more hotly anticipate right now than Super Smash Bros Ultimate? I’d actually argue that that might be Metroid Prime 4, but for most people the answer is most likely ‘no’. The fighting game is loaded with more characters and extras than any previous incarnation, and the Switch version looks to be the most visually stunning Smash yet.

It’s sure to be a winner at retail as well, since there’s really not too much in the way of competition. Not much that’s new anyway. Yes, Super Smash Bros Ultimate is almost assured of a monster opening, and Holiday in general. And if you have a Switch, you’re probably already sold on it. Though, you might still want to tune in for the Nintendo Direct that’s scheduled for tomorrow morning.

So if you are in the legion of Smashers looking forward to the game’s release, well make sure you’re back here tomorrow at 7am pacific time. You can catch the full video then, in the player below.

Jason's been knee deep in videogames since he was but a lad. Cutting his teeth on the pixely glory that was the Atari 2600, he's been hack'n'slashing and shoot'em'uping ever since. Mainly an FPS and action guy, Jason enjoys the occasional well crafted title from every genre.
@jason_tas
Previous Red Dead Redemption 2 shatters opening weekend records
Next Call of Cthulhu Preview