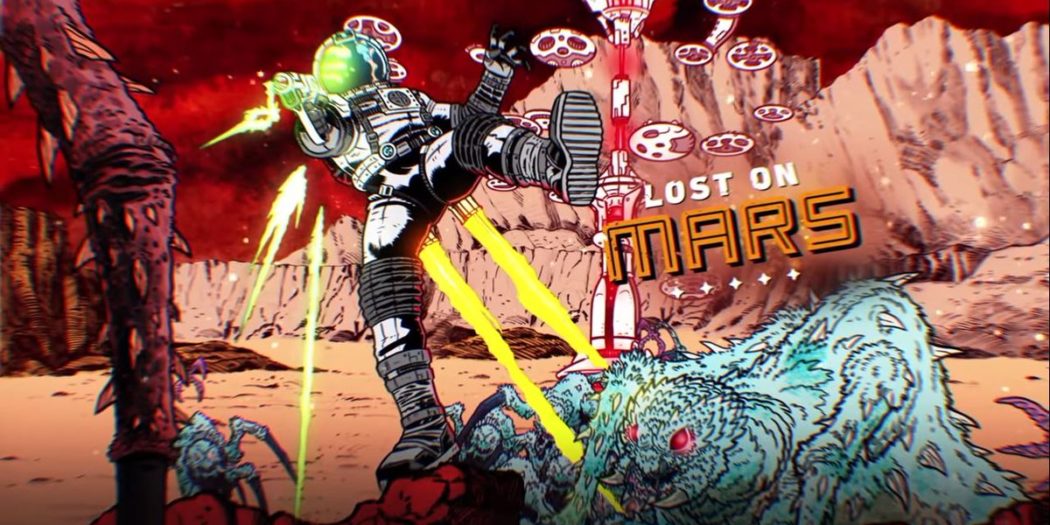 For those unfamiliar with Far Cry 5’s awesome season pass, it consists of three story expansions. First we had Hours of Darkness, a Vietnam themed DLC where you take on the role of a Hope County resident during their time active in the Vietnam war. Taking on the mission of rescuing your fellow squad mates and getting the hell out of Dodge. It’s a pretty cool expansion. Lacking any real story, it feels more like an extra open world with a few new guns and one vehicle. But still fun all the same.

Next to be released is Lost On Mars, which as you can guess, has you lost…on Mars. Come Tuesday, 17th July, we too shall be venturing onto the red planet to join the fight. The teaser trailer was released for the expansion and it gives us a couple more details about it.

As you can see they’ve adopted the same style as Hours of Darkness had for the trailer. (Also the same style Wolfenstein 2 used for their DLC. Must be a money saving thing). It also shows us that we’ll be playing as our gun for hire, Nick Rye. Accompanied by none other than the Jar Jar of Far Cry, Hurk.

On Mars the mission will be to stop an alien, arachnid invasion. The description goes like this:

‘Nick Rye is teleported hostile planet to help his buddy Hurk thwart an alien invasion of Earth. This adventure gives players a new arsenal of alien weaponry, including the Blaster of Disaster, Hellfire and Morphinator, while also introducing a new transversal tool with Space Jets. Humankind’s future is in the hands of the game’s most notorious guns-for-hire. Time to squash some bugs.’

Once downloaded, weapons from the DLC will be usable in the main game. Assets will also be available in Far Cry Arcade. So there’s bound to be some more crazy maps out there.

Just like the other DLC, Lost on Mars will be purchasable as a standalone.