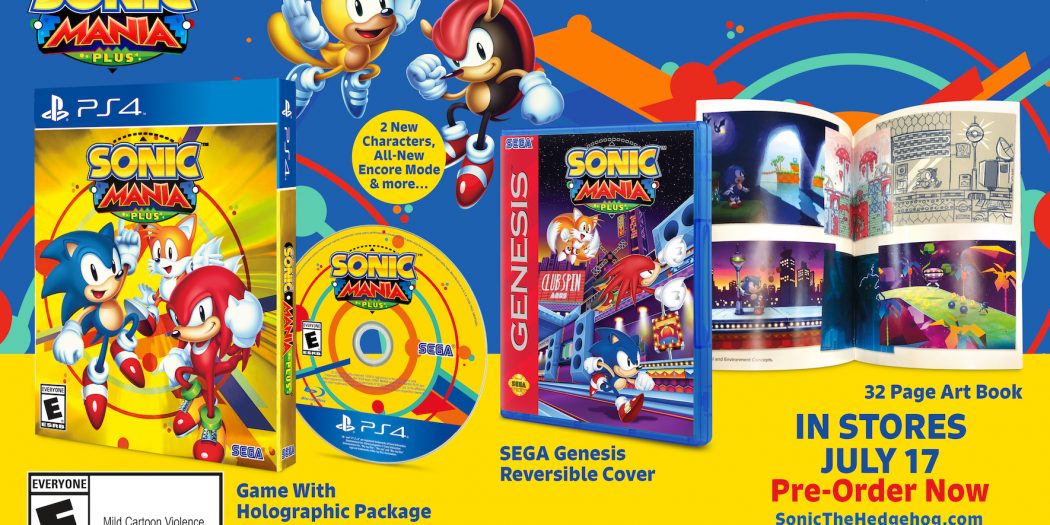 Knuckles isn’t letting his Chaos Emerald go without a fight. Then again, a fight might just be what loses it for him in episode 3 of Sonic Mania Adventures.

Sega has slowly been releasing animated mini-episodes of a new Sonic the Hedgehog cartoon on YouTube. The serial plays into the upcoming pumped up version of Sonic Mania, which is heading to retail this summer.

The enhanced edition of the game adds in two new characters, and will hit brick and mortar stores for the first time. You might have heard that there was already a “physical version” of Mania. That arrived with last year’s Collector’s Edition, but that’s actually not accurate.

That’s because there was no cartridge/disc in that box, though you got a bunch of nifty Sonic stuff, the game itself was a download code. So this is going to be a first, and nice one for those who like to have a physical library of games. Watch for it in stores this July the 17th.

As for this video series, Sega says that it’s set to pick up after the events of Sonic Mania and Sonic Forces, both of which came out in 2017.

Today’s episode follows Knuckles the Echidna on his quest to guard the Master Emerald on Angel Island. Ever since Dr. Eggman and Sonic first appeared on the island, trouble has followed. Fearing the worst, Knuckles has been watching over the Emerald constantly to ensure that nobody — robot or hedgehog — gets their hands on it. Just as Knuckles finds a safe location, a mysterious figure appears in the shadows. Find out who it is in the third installment of Sonic Mania Adventures now!

Jason's been knee deep in videogames since he was but a lad. Cutting his teeth on the pixely glory that was the Atari 2600, he's been hack'n'slashing and shoot'em'uping ever since. Mainly an FPS and action guy, Jason enjoys the occasional well crafted title from every genre.
@jason_tas
Previous Life Is Strange Coming To Mobile
Next Conan Exiles (Xbox One) Review