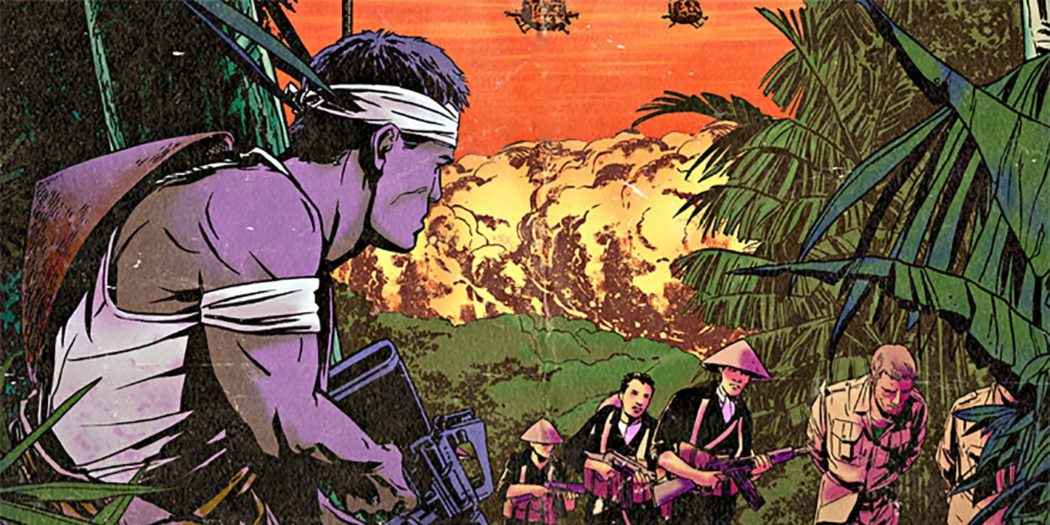 The first of three pieces of DLC for Far Cry 5 (Hours of Darkness) has finally got a release date and it’s rather soon. On June 5th we’ll be leaving the cult ridden lands of Hope County and travelling to Vietcong. During the war that is, not just for a holiday.

Play as Hope County resident Wendell Redler during his glory days as a soldier in Vietnam. Prowl through the jungles on a mission to rescue your captured squad mates. Make your way to the extraction point and get those boys home. (Yes, that Wendell. The one who gives you the Vietnam lighters quest. Pretty cool)

Along with the new environment we’ll also be treated to a new arsenal and being able to call in airstrikes. The weapons will be allowed through customs back to Hope County to aid you in your fight against the cult. To put the cherry on top, Vietnam-themed assets for the map editor have been added.

Hours of Darkness will have 2 additional game modes after completion. Survival Mode and Action Movie Mode. Which are pretty self explanatory. Survival Mode will take away weapon slots and make things generally more difficult for you for all you “boots on the ground” “historical accuracy” types. Then Action Movie Mode will allow you to blow up everything and relive all those Vietnam action movies with plenty of gunfire and huge explosions.

Hours of Darkness will also be purchasable as a standalone. For the Season Passers Far Cry 3 will be available on May 29. Lost on Mars in July and Dead Living Zombie in August. I for one did not expect them to release so close to each other but that’s just got me all the more excited.

may they release smoothly and bug-free.

Massive game and movie enthusiast. In any free time I'm always playing something or watching something. I didn't choose the hermit life.
Previous SDCC 2018: Factory Entertainment announces first three exclusives
Next Remaster versus Remake and the Dark Souls Remastered Fiasco