Around 2 years ago, Sony shut down Evolution Studios, a developer probably best known for the Motorstorm game series and the somewhat troubled Driveclub.  Codemasters took on a number of former Evolution employees to create a new studio and Onrush is the first game to come out of this new outfit. 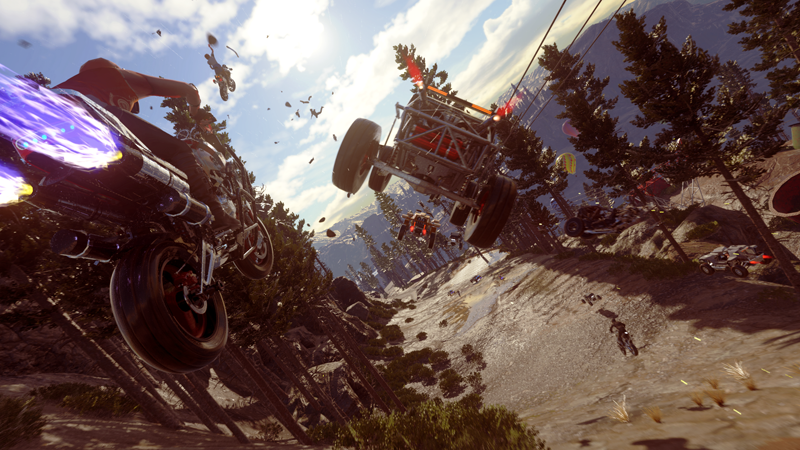 Led by Driveclub director Paul Rustchynsky, Onrush is an arcade style team based racer with a difference.  Rather than racing to the finish, instead you have to work with your team to take down the opposition and complete objectives first.  The game gives you a choice of very different vehicles to suit whatever style you want to play.  For example, you can ride a bike which allows you to be nippy and manoeuvrable, but you lack durability.  Or, you can ride around in a massive armoured vehicle which can wreck pretty much everyone that you come into contact with, but will struggle with any tight pinch points that you might come across.  Each course has multiple paths which play to the strengths of various classes of vehicle.

One feature that was being pushed front and centre is the ‘Rush’ ability.  Onrush does contain the standard boost ability, but as you progress you’ll be able to unlock the Rush, which is a far more powerful boost and is different depending on the vehicle you choose.  It was definitely an experience trying to dodge between obstacles and knock the opposite team out of the way during Rush mode.

The finished game has four modes, but the one mode that was on show here was ‘Countdown’.  In this mode, both teams have a timer that counts down constantly and the aim is for your team to keep the timer from hitting zero by driving through as many gates as possible.  There was a lot of frantic action with a bunch of vehicles all trying to get into a small gate, and it was a lot of fun fighting to get there and trying to make sure others didn’t get in your way.  There’s a level of chaos that just makes Onrush fun to play.  It also looks great as you’re rushing through a variety of environments trying to find the next gate and taking down your rivals on the way there. 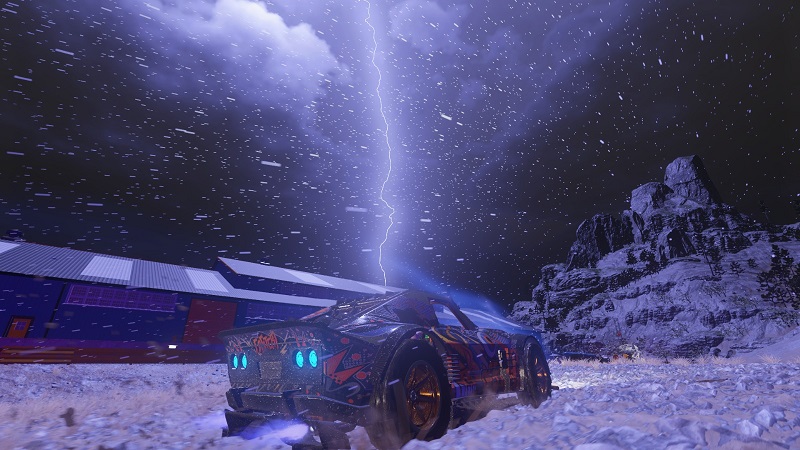 Onrush is certainly looking like it’s going to be a fun bit of multiplayer madness.  The different vehicle types all feel unique and vastly different to play with, and the focus on objectives rather than racing to the finish means there’s always some action to get in on.  Hopefully, the rest of the game is as fun as this small taster was.

Onrush is coming to Xbox One and PS4 on June 5th.

Mike is Brutal Gamer's Indie Editor. He has been playing video games since the early 90s and is fond of racing games, puzzlers and MMOs. Typing /played while in WoW makes him cry, but not enough to stop him playing some more.
@Ognawk
Previous Sea of Thieves Adventures Part 2: It’s Good to be Bad
Next Doom’s soundtrack assaults vinyl and CD formats this summer