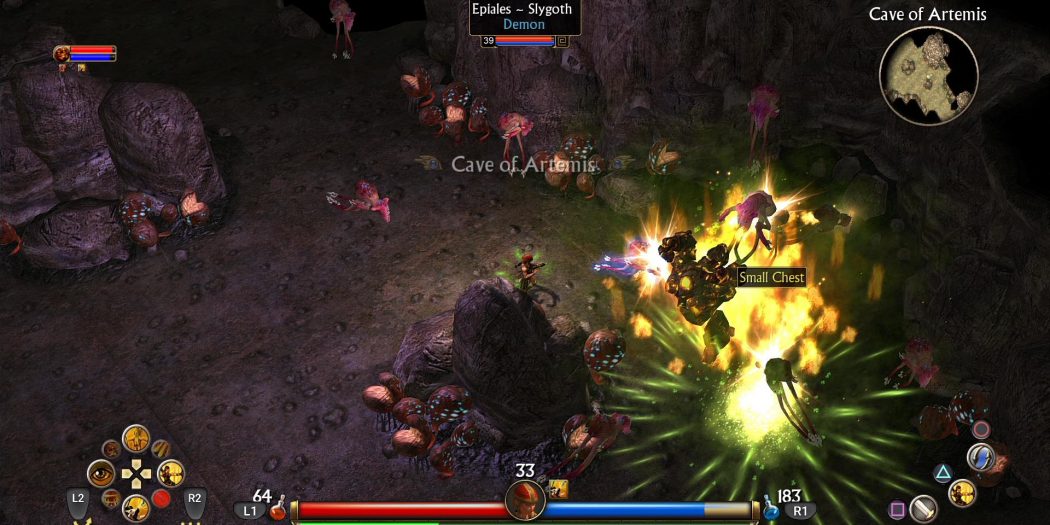 Titan Quest has been available for years on the PC, but the action/RPG is finally available on the PS4 and Xbox One as of this week. And yes, the graphics have been bumped up a bit.

Looks pretty solid, not to mention that it’s just plain good to see another aRPG on consoles. I don’t know why that genre is so underrepresented, but it cost definitely is. What was the last one anyway? Diablo 3?

In any event, Titan Quest is a title that has a pretty big following. The game wielded a Greek mythology-influenced narrative, and handled the tried and true gameplay of the genre well. Though that’ll change just a little bit for the console releases.

The PC version had a point and click interface after all, not the most “console” of things. Oh, and while the Xbox One and PS4 versions are out there right now, the Switch edition will take a little while longer.

From Age of Empires co-creator Brian Sullivan and Braveheart writer Randall Wallace comes an action role playing game set in ancient Greece, Egypt and Asia. The Titans have escaped their eternal prison, wreaking havoc upon the earth. The gods seek a hero who can turn the tide in an epic struggle that will determine the fate of both men and gods. Are you ready for the quest?

Jason's been knee deep in videogames since he was but a lad. Cutting his teeth on the pixely glory that was the Atari 2600, he's been hack'n'slashing and shoot'em'uping ever since. Mainly an FPS and action guy, Jason enjoys the occasional well crafted title from every genre.
@jason_tas
Previous DC Comics relaunching Justice League with Snyder, Cheung, and Jiménez this June
Next Mezco’s One:12 Collective Ghostbusters finally go up for pre-order as a box set