Ragnarok Thor joins the One:12 Collective

I’m a little unsure about Thor: Ragnarok as a film, seems a little too jokey. Like the rest of it is purported to be,  Thor’s look in the movie is radically different from what we’ve seen. And that “gladiator” visage is the one that the first One:12 Collective figure of him will be sporting. Honestly, I don’t know how I feel about that, since this is far from your standard look for the Asgardian.

In any event though, I’m sure there are more than a few people out there who love it. And if you’re in that number, then you’re going to seriously dig this new figure. We’ve hosted some early looks at this one here on BG, but just in case you’re new to the site – he’s as close to the real thing as you’re likely to get.

And since this is a One:12 Collective figure, you can bet on a well-made outfit and tons of articulation. These aren’t some of the best collector figures on the market today for nothing.

Thor is up for pre-order right now via Mezco’s web store, which you can find right here. Here’s what’ll be in the box when he arrives in the May/June timeframe of 2018. 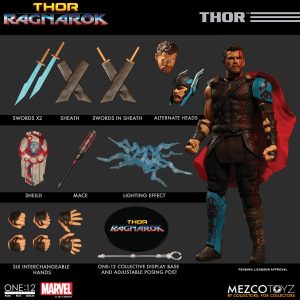 Jason's been knee deep in videogames since he was but a lad. Cutting his teeth on the pixely glory that was the Atari 2600, he's been hack'n'slashing and shoot'em'uping ever since. Mainly an FPS and action guy, Jason enjoys the occasional well crafted title from every genre.
@jason_tas
Previous Turtles Tournament Fighters (SNES) Retro Review
Next Xenoblade Chronicles 2 Nintendo Direct inbound 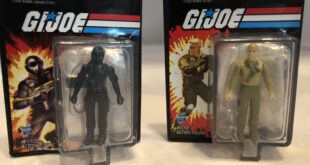