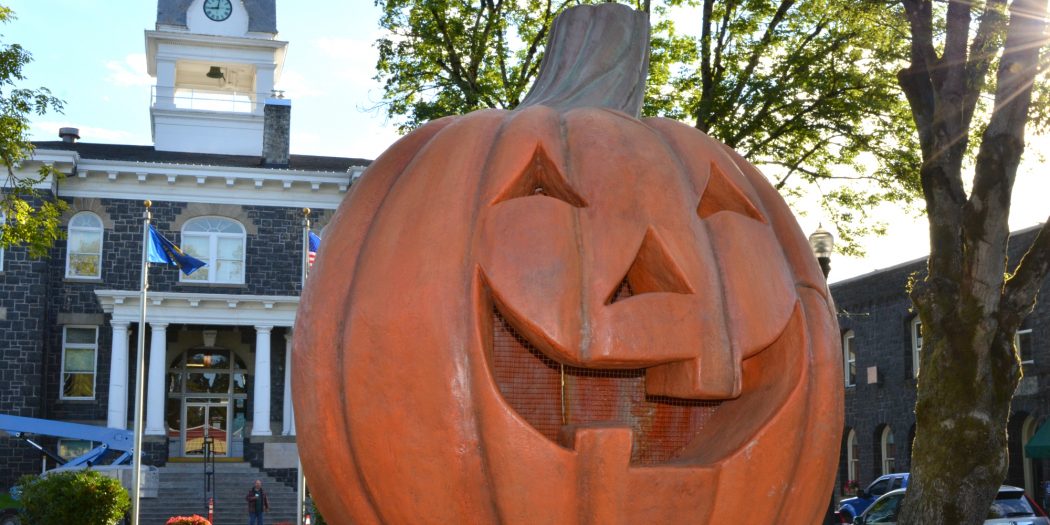 The Spirit of Halloweentown: Interview With Tina Curry & Crystal Farnsworth

The Spirit of Halloweentown celebrates the filming of the 1998 Disney Channel movie Halloweentown in St. Helens Oregon. Tina Curry and Crystal Farnsworth tell us more!

Who’s Involved With The Spirit of Halloweentown?

For 30 years Tina Curry has been a Festival and Special Events Program Director and involved with reinvigorating Halloween in St. Helens, for the past five years. Curry shares how she got her start. “At first I worked under the direction of Chris Finks the Tourism Director at the time. He knew of my experience and hired me. Following the tourism contract the City of St. Helens hired me to directly work on Halloween activities and operational installations,” said Curry.

Crystal Farnsworth is the Communications Officer for the City of St. Helens. “As the communications officer, my involvement is helping to promote and communicate the event.”

A Magical History of The Spirit of Halloweentown

The Spirit of Halloweentown became a festival three years ago. Curry and Farnsworth explain what it was like before becoming an annual event.

“In 1998 they filmed Halloweentown. Prior to the October premiere date on the Disney Channel, we had a St. Helens merchant association and a bunch of organizations that got together and decided to celebrate the release of the movie and do a Halloweentown inspired festival in St. Helens. We put together parades, contests, treasure hunts just to celebrate the filming of the movie,” Farnsworth said.

“Spirit of Halloweentown was a nice small community celebration with regular activities you might find anywhere,” Curry said.

Then a magical idea was proposed for their pumpkin lighting ceremony.

Curry didn’t know the impact this would have on people from around the world. “We didn’t know at the time the sensation that having ‘Marnie’ back would create. That was the real catalyst that made the small activities become the festival. After the announcement she was coming, all the people that grew up with the movie from across the country and around the world exploded with excitement,” Curry said.

“Since that day we immediately threw activities into high gear and we continue to expand the offerings for out of town guests to make the entire month an opportunity to celebrate the love for the movie Halloweentown and other related activities. With the waterfront and new activities, we have to come online guests are going to have some really cool activities they can participate in. We are wanting a trip to Spirit of Halloweentown to become a family tradition.”

“People have a lot of nostalgia associated with the movie because they grew up as children watching it and now that they`re older and a lot of them are married or have small kids of their own, I think they love taking their kids to a place and trying to experience you know that feel-good sensation that they had as a kid,” Farnsworth said.

This year the Spirit of Halloweentown is honouring the memory of the late Debbie Reynolds [Grandma Agatha] in a tribute.

The Challenges of Spirit of Halloweentown

Farnsworth explained some of the challenges that were faced years prior. “The celebration kind of got put on hold because of funding issues, and not being able to find enough volunteers. It was picked up again by the city’s Tourism Committee and they sort of revived the festival and branded us: The Spirit of Halloweentown and put under their umbrella. Then when the Tourism Committee disbanded the city- the City of St. Helens ended up taking over the festival organization and contacted an event coordinator to run the festival,” Farnsworth said.

Positively Impacted by The Film and Festival 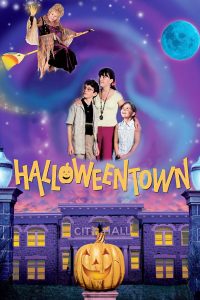 Farnsworth didn’t grow up with the film however she was a high school student in St Helens, Oregon. “I remember we watched part of the movie at one point during one of the final days of school where we were done with testing, and had maybe that last week where we didn`t have anything else going on, so they played the movie in one of our classes, I didn`t get to watch all of it but I saw part of it, and that was the extent of my exposure to the movie.”

“It is always exciting to see something you’ve helped create come alive. It is especially gratifying when you can also benefit local businesses and garner recognition for the City of St. Helens that is positive. I come from Nova Scotia where the entire province is heavily dependent on tourism. I grew up seeing what an impact that can make on small towns and cities when done correctly. It is always a good thing to welcome out of town guests and hopefully enables them to have a positive experience that can become a tradition for their family. I didn’t grow up with the film but have a tremendous amount of respect for families that create healthy media environments for their children. Halloweentown is just such a movie. It’s great,” Curry said.

The Spirit of Halloweentown runs through October. You can get more information at:

Hey! I'm Nadia! I am a big fan of RPGs and you can almost always catch me playing one in my spare time. Writing is my passion, and my intention is that you all learn something through my work!
Previous Fallout 4 The Poster Collection (Book) Review
Next NYCC 2017: Dark Horse’s slate of booth-exclusives revealed