It isn’t easy to give an assessment when the entire crux of a media object revolves around a single issue. If you don’t mind plot spoilers that reveal themselves about halfway through a film, read the next paragraph. If that bothers you, skip it entirely and meet us at the “plot” discussion. I really appreciate what “The Atoning” works towards, but sometimes the tension falls flat. 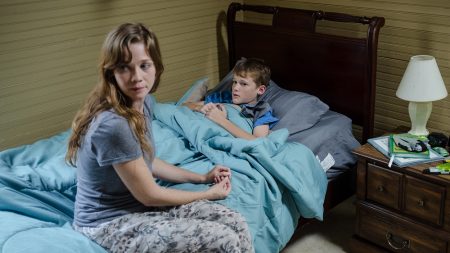 Major Spoilers: “The Atoning” is the movie you might get if you took the concept behind “Beetlejuice” and removed the comedy with the goal of turning it into a dark horror.

Characters are trapped in purgatory in their own house even after new people move in. The charm of the film lies in how these characters got where they are and how they eventually leave.

While I did enjoy the plot and general writing throughout the film, the premise is not wholly original. That said, I can name a lot of movies with “not wholly” original plats that I adore. Lets get down to it.

A family, Ray (Michael LaCour), Vera (Virginia Newcomb) and Sam (Cannon Bosarge) are going about their lives like normal. Something seems off and there is a definite tension, but without going into spoilers, that is all you can know from here on out.

The plot develops in a way that makes sense with the characters that are employed to tell the story. Vera and Sam are relatable, where Ray seems to be doing exactly what a man in an estranged relationship would be doing. There is tension throughout. The writing does not always do service to the situations these characters are in. At times, dialogue feels stilted and forced.

This stilted and forced dialogue might make sense if you use the estranged family backdrop as a reason to make the dialogue tense and stilted, but that same type of dialogue persists through different characters and in different situations. Characters seem bland and uncaring, making me wonder why I should care about their fates.

About four fifths of the way through the film, the plot takes a nosedive into strangetown. The plot turn itself is not a problem, as the manifestation of that plot turn is. 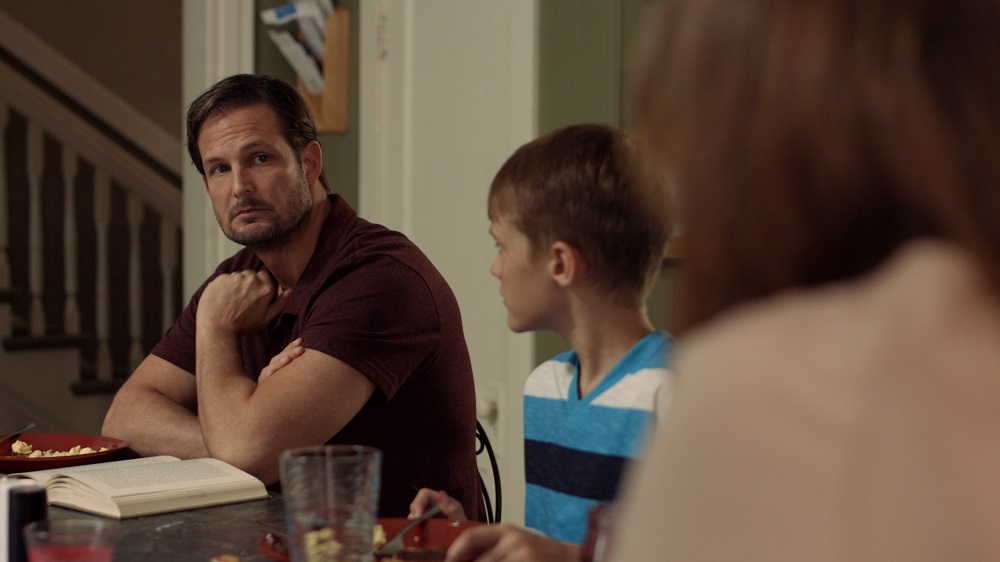 Dring a normal film review, I might not even mention the set and costume design. In “The Atoning,” I think it deserves a mention.

For the most part, the costumes are exactly what you would expect. There is one point in the film, though, where the costumes seem more reminiscient of interpretive dance, rather than a horror film.  I found the creatures in question to be totally silly looking and destructive of any type of tension.

Unfortunately, the silliness of the creatures undermines the whole film for me. I wish they were not in it at all, or, if they absolutely needed to exist, they did soin a much smaller capacity. 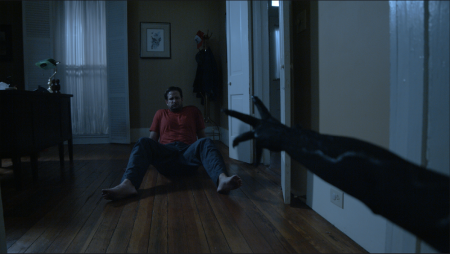 Without digging too deep here, it is fair to say that the music does what I want it to do in a horror film. Meaning that the music ratchets up the tension and makes things seem just a little less stable than they might be in reality.

Sound design works very well throughout the movie. Throughout, there were a few instances where a sound effect used was just perfect.

The intangibles and conclusion

“The Atoning” does things that I didn’t expect it to in a way I didn’t expect. It didn’t make me totally uneasy the way most great horror does, but it did put me on edge.

There isn’t enough time to get to know the characters very well however, so when we get to the big reveal, it isn’t as big as it could be. I really believe that just five or 10 extra minutes humanizing these characters could have gone a long way towards making the ending have the impact we all would want. In the end, if you’re looking for a quality horror film this should be your stop, even if it is lacking in a couple spots.

"The Atoning" is a workable horror film. If you are in the mood for a bottle movie with a creepy twist, this is one to see for sure.

Erich was introduced to gaming by his grandfather before he could walk. Since then, he has grown up loving Nintendo and most games in general. He couples his love of videogames with journalism to cover news, provide reviews and tell it how it is in the gaming world.
Previous NYCC 2017: Dark Horse’s slate of booth-exclusives revealed
Next Xbox One X to be in short supply at launch