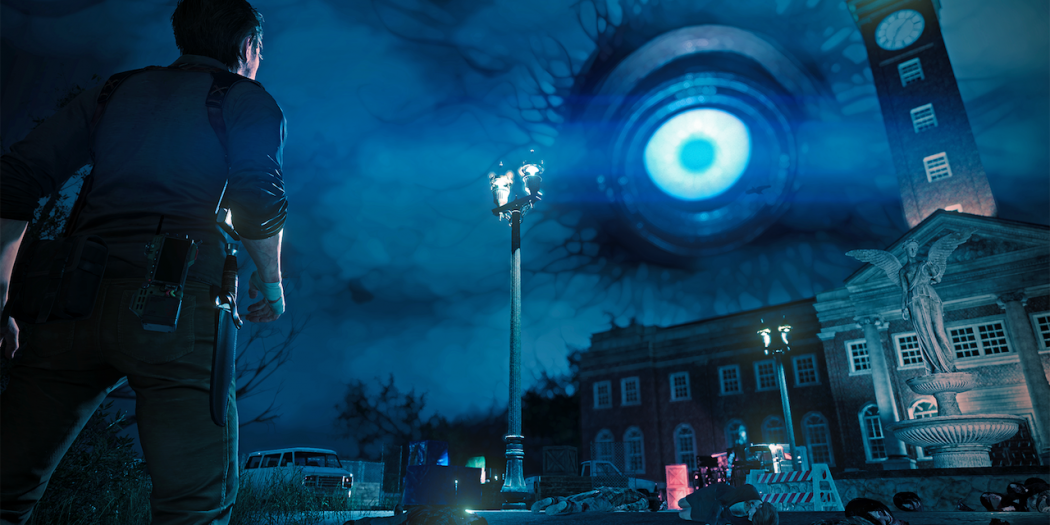 Home / News / Hellfire and brimstone, the priest’s righteous fury invades The Evil Within 2 in new trailer

Hellfire and brimstone, the priest’s righteous fury invades The Evil Within 2 in new trailer

Shrouded in mystery, Father Theodore has remained an enigma…until now. Along with Stefano, Theodore is one of the human “monsters” who have made their way into the new STEM world in The Evil Within 2, and he’s finally ready to reveal his message to the masses – a message that promises a “righteous” fury and immolation to those who oppose him. Sebastian will need to survive the wrath of this master manipulator if he’s going to have any hope of finding Lily and escaping the nightmare of STEM.

Evil comes in many forms

I have to admit that I don’t know a heck of a lot about The Evil Within’s universe. Some basics aside, the original game seemed to hide its secrets well, and I haven’t gone out of my way to hunt for them. So that’s probably a factor too.

Either way though, The Evil Within 2 is looking properly horrifying.

Father Theodore seems to be right in there with some of the elements that I have no idea about though. From what Bethesda says however, it certainly seems like players of that original game would know him quite well. As to just why that is, Bethsoft isn’t saying.

Oh Evil Within, you’re such a creeping, rotting, slavering mystery. Watch for it to hit the Xbox One, PS4, and PC 0n Friday the 13th of October.

Here’s the official rundown on Theodore:

Theodore has his own reasons for being in STEM that are separate from Mobius’ goals, which he sees as misguided. Though what he’s actually after only becomes apparent as Sebastian becomes more entangled in his world. Like Stefano, Theodore isn’t alone in STEM, although unlike Stefano – who commands the gruesome and terrifying Guardian and Obscura – Theodore’s main helpers aren’t creatures he created. Referred to as Harbingers, they are normal people whose minds Theodore has bent to his will. These Harbingers wield flamethrowers and seem to exist solely to carry out Theodore’s fiery will, burning any who would stand in the way of his pursuits. Any detail about his past pushes into HUGE SPOILER territory. In other words, you’ll have to play the game in order to unlock the secrets he hides. In the meantime you can check out Bethesda.net for even more details and insights from the team at Tango Gameworks.

Tags bethesda Horror PC PS4 The Evil Within 2 Xbox One

Jason's been knee deep in videogames since he was but a lad. Cutting his teeth on the pixely glory that was the Atari 2600, he's been hack'n'slashing and shoot'em'uping ever since. Mainly an FPS and action guy, Jason enjoys the occasional well crafted title from every genre.
@jason_tas
Previous Power A launches into Holiday with new Switch peripherals
Next NYCC 2017: Sideshow heading to Comic Con with plenty of sneak peeks