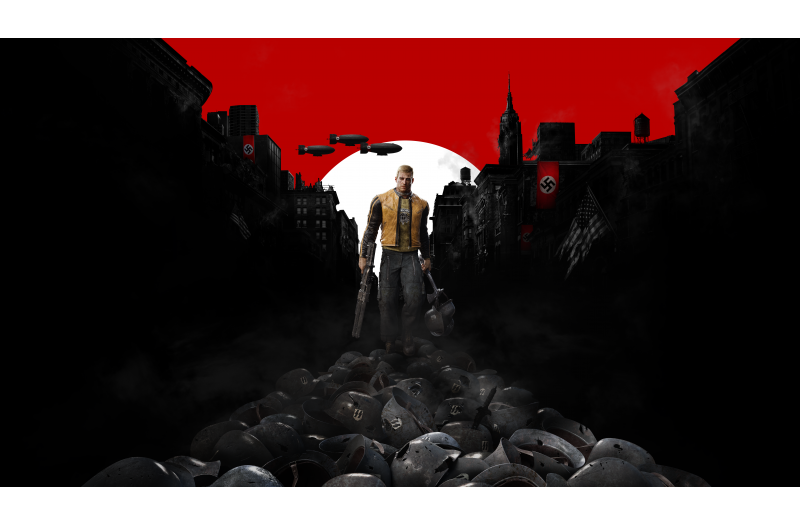 Wolfenstein II: The New Colossus is almost here, and it’s looking like the action-extravaganza that fans are hoping it will turn out to be.

Warning: This trailer isn’t safe for work… at all

The Nazis have taken over America. They’ve turned Manhattan into a wasteland. They’ve walled off New Orleans and are systematically purging the city, burning people and homes to the ground. And they brazenly walk the streets of small-town USA – going where they want, taking what they want and behaving however they please. But this is not BJ Blazkowicz’s America. The United States will never be broken – especially with BJ on the job, rallying the Resistance and igniting a revolution. Watch the Resistance rise up to strike fear in the Nazis in the latest trailer for Wolfenstein II: The New Colossus.

As a fan myself, I think I can say with some certainty that that looks phenomenal. You know, just going out on a limb there.

October 27th can’t come soon enough. That’s when Wolf II lands on the Xbox One, PS4 and the PC. As you might’ve heard, there’s also a Nintendo Switch version coming up, but don’t expect that to hit retail till some time next year.

Jason's been knee deep in videogames since he was but a lad. Cutting his teeth on the pixely glory that was the Atari 2600, he's been hack'n'slashing and shoot'em'uping ever since. Mainly an FPS and action guy, Jason enjoys the occasional well crafted title from every genre.
@jason_tas
Previous Marvel vs Capcom Infinite mashes up the two universes is a battle for Infinity today
Next Sideshow Toys previews new Obi-Wan Kenobi sixth scale figure