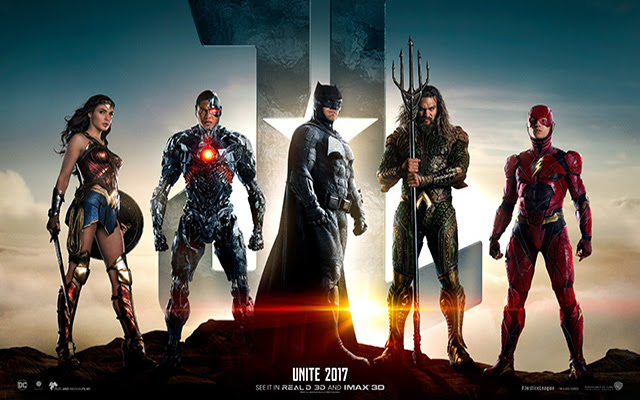 The first official trailer for this Fall’s DC Comics Justice League film is finally here. And it’s got pretty much everything you’re looking for.

Warner Bros’ DC film universe might have gotten off to a few missteps (mainly just BvS), but it’s certainly looking pretty great here. Batman, Wonder Woman, Flash, Aquaman, and Cyborg are all looking sharp in this first look at the film. And they’re all shown off in pretty startling detail too.

Then again, this had to kind of be a punch in the face of a trailer. Remember that there were a lot of Batman v Superman haters, and Suicide Squad wasn’t all that well received by a very vocal segment of fandom. So again, Justice League had to make a splash. And I think that’s something that was accomplished here.

Aside from all (well, most) of the main heroes being front and center, we also got some nice little teases. Darkseid’s Parademons? Check. Cool bat-tech? Check. But what didn’t we get? Superman and Green Lantern of course.

And I wouldn’t bet on seeing either anytime soon.

Look, we know all too well that Superman is in the film. Actor Henry Cavill has been seen on set and in costume, and he’s been in some promo material. So it’s a given. Also sort-of a given is that there will be a Green Lantern at least cameoing in JL. Cavill has been relentlessly teasing fans about the cosmic hero on social media, so his appearance is almost assured.

My bet though, is that we don’t see Kal El for a few months yet, and that we might not see GL till a few weeks before launch. Why? Easy: one of the biggest pre-release criticisms of BvS was that Warner showed off too much, too early. Fans (and detractors) had pretty much gotten the whole story before the Dark Knight-riff even hit theaters thanks to overloaded trailers and way-too-soon announcements.

I mean really, Doomsday would have been a great surprise if saved for the movie’s premier instead of shown off months ahead of time. That’s not to say that I would have had him in the movie at all, but you get my point.

So on that line of thinking, I sincerely doubt that most of Justice League’s bigger secrets will be shown off in all that great detail ahead of release. I have no doubt that we’ll see something of Steppenwolf soon, the film’s main heavy and Darkseid’s apparent herald, but any more? Eh, probably not.

Stay tuned though, we’ll have much more on Justice League as we roll on towards its November release.

Jason's been knee deep in videogames since he was but a lad. Cutting his teeth on the pixely glory that was the Atari 2600, he's been hack'n'slashing and shoot'em'uping ever since. Mainly an FPS and action guy, Jason enjoys the occasional well crafted title from every genre.
@jason_tas
Previous Xbox Games With Gold For April: The Walking Dead, Ryse, Assassin’s Creed: Revelations
Next March 29th Valiant Previews: Divinity III, Ninjak, and Generation Zero