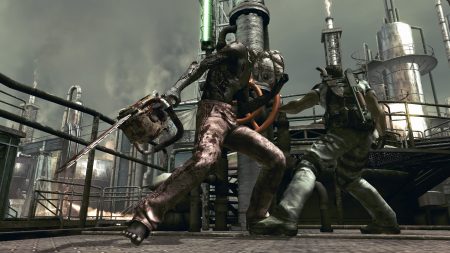 Capcom has shipped over 1.5 million copies: Resident Evil 4, Resident Evil 5 and Resident Evil 6 remastered editions. These are sent directly to retailers, physical copies. These games are also available in digital releases for those who prefer a download.

Over the years, the franchise has sold over 69 million units. Resident Evil comes out on January 24, 2017. It is expected that the remaster sales to increase until that time. Previous fans are getting ready for the release, while new fans may familiarize themselves with Leon Kennedy and friends.

A fan of media on multiple platforms, I am always watching or playing something! Who knows what I will be on to next?
@mackeyp42
Previous NYCC 2016: Ninjak vs The Valiant Universe official
Next NYCC 2016: Ground Zero takes Injustice back to basics