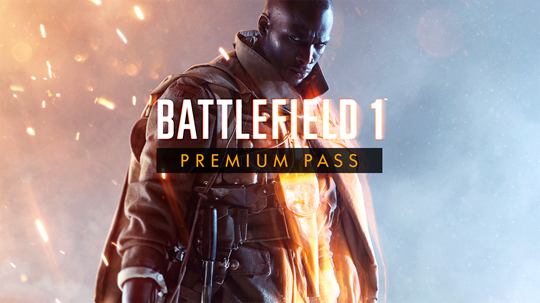 Get early access to all the expanded battles of Battlefield 1 with the Premium Pass.

Yes, there will indeed be a Premium subscription for Battlefield 1 hitting right alongside the game. Honestly though, you probably could have guessed that, considering that Battlefield 3 and 4 had one. It just might very well be worth your while though, depending on how big a fan you are of what EA is doing with Battlefield here.

Personally, I probably couldn’t dig the setting more than I already do. So a Battlefield 1 Premium Pass is mighty tempting right from the jump.

So what do you get in the Premium Pass? Well, you get all the expansions included, so it’s a Season Pass in that way. But you also get access to all four of those planned expansions (starting with March 2017’s Battlefield 1 They Shall Not Pass) early. You’ll get to play all the dlc for the game a full two weeks before everybody else in fact, which is pretty nice.

And of course there’s some nice little extras too. Here’s the full list of what’s included with the Premium Pass:

Play as new armies including France in Battlefield 1 They Shall Not Pass, and the Russian Empire in an upcoming expansion pack

Check www.battlefield.com/games/battlefield-1/premium often for details and release dates for each expansion pack.

The Premium Pack will run you a cool $50.00 USD. As for Battlefield 1, that hits consoles and the PC on October 21st, with Early Enlister edition becoming playable on the 10/18.

Jason's been knee deep in videogames since he was but a lad. Cutting his teeth on the pixely glory that was the Atari 2600, he's been hack'n'slashing and shoot'em'uping ever since. Mainly an FPS and action guy, Jason enjoys the occasional well crafted title from every genre.
@jason_tas
Previous P.T. Inspired Allison Road Back From The Dead
Next Sin City: Curator’s Edition (Book) Review