A Game of Changes (PC) Review

Blending puzzle platformers with the teachings of I Ching

Nuno Donato brings us a wonderful take on puzzles, inspired by history. Earning the Steam Greenlight, A Game of Changes will make you think, where chance and destiny find themselves.

Take the reins as Confucius, as you journey through 64 unique levels, drawing lessons and teachings from the I Ching, one of the oldest books in human history. There are no rights or wrongs, only the choices that you make. Encounter rising tiles, falling tiles, role-switching tiles, and even dissolving tiles as you work your way across the puzzle. 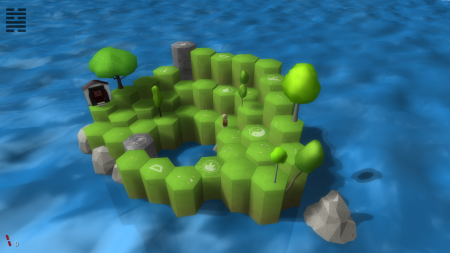 The goal is to travel across all 64 puzzle levels, learning of the teachings in the I Ching as you progress, with the overall game being it’s own puzzle. While I enjoyed the simplistic controls and the serene visuals, I learned that I am not a master puzzle solver. I was able to get through 8 of the 64 levels, then found myself replaying levels I had already traveled. This tells me I missed something, somewhere. Though, as of yet, I do not know.

Some of the gameplay mechanics you will encounter include stepping on one block, causing it to lower, while raising another block elsewhere on the board. While doing so, it was not immediately apparent to me that some of the symbols that reacted were not identical. Once I noticed the difference here, I knew to watch for things moving forward.

While I struggle to learn where I went wrong in the grand teachings of the I Ching, the music provided, sound like something straight out of a Chinese temple, fit for meditation and contemplation. I would not be suprised if the development team make the soundtrack available independently. I’d pick up a copy.

I originally thought A Game of Changes would be a nice title to escape with for an hour or so. I had no clue that I would sink 5 hours into it, only to get an eighth of the way through the puzzles. I think I may have to restart from scratch, and pay a LOT closer attention to the symbols and choices of the game.

…if you are looking for a game that will challenge your mind, I recommend you seek out A Game of Changes… 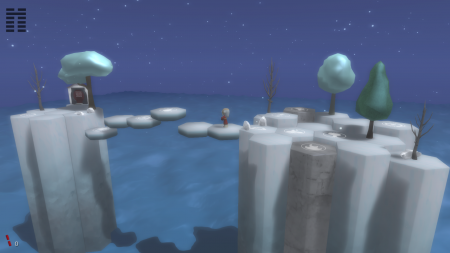 The visuals here are along the same style as the gameplay. Nothing too complicated, but it gets the story told. Puzzle pieces are hexagonal shapes, that will rise, fall or even disappear beneath your feet. Symbols appear as if they are simple white paint on the hexes. Though simple in appearance, this reviewer has learned that the gameplay is not so.

If the above is not enough for you, there are additional tricks up the developers’ sleeve, that I am still sorting out. There are ‘switch blocks’ in the game, that give you the opportunity to alter the hexagrams of the I Ching. I have picked up a few so far, though I really don’t know what they will do for me.

One little trick that I noticed in the game, was a rewind feature. I found it quite odd, personally. Why present the opportunity to rewind the gameplay 10 seconds or so, when half the time, the gameplay was checkpointed. The only way I could restart the level was to exit to the menu, and choose restart. Even walking off of the edge of the puzzle only did the same as the rewind.

Do yourself a favor, and check out A Game of Changes. Available at Steam, HumbleStore, itch.io, GreenManGaming, IndieGameStand for $8.99 US.

A Game of Changes presents itself as a cute, quick little game to pass the time. However, Do not be decieved. The mechanics behind these puzzles are more than meets the eye, and I think that was exactly what the developer intended. So, dive in, give it a try, and see what A Game of Changes does for you!

A fan of media on multiple platforms, I am always watching or playing something! Who knows what I will be on to next?
@mackeyp42
Previous Puro Sound Labs IEM100 Headphones (Hardware) Review
Next Van Helsing II hits Xbox One on July 1st