Slender: The Arrival (Wii U) Review

You’re Scared, Lost and alone, and to make matters worse you are being stalked by the elusive Slender Man. 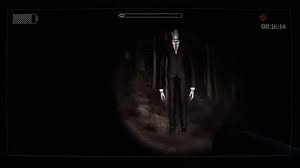 Slender: The Arrival, is either going to fill you with an immense sense of fear or make you angry at the mere mention of the name; Slender man. A teleporting monster, who can appear from anywhere and kill you upon contact is incredibly frightening.

If you have never heard of the Slender man (probably for the best), the game will have you up to scratch in moments. If he’s near you your screen will blur and flash, which is quite jarring in itself. You run from this blur, as in natural human reaction only to find he is now in front of you.

It’s this effect which makes this game so utterly frightening to play. This mechanic works well because the environments presented have you looking around for clues, in often close proximity corridors and enclosed areas. Another reason this game excels is the fact that you are startled by the Slender Man, so you run away from the area you have just spent 5 minutes exploring, only to remain, but this time have a sense of dread about you. Have I already been here? Have I already looked at this? These were questions I found myself asking quite often. 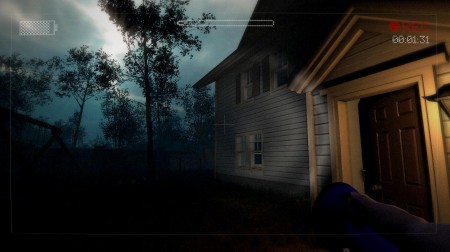 The music and sounds really add to this atmosphere as well. You will hear breathing, growling, and everything in between as you explore areas. Each sound ramps with intensity and decreases as the antagonist gets closer, or further away. Each adds a new depth to the game, and raised my heartbeat to unhealthy levels at multiple points throughout the adventure.

The visuals are a highlight of this game, as you are often playing with only a small cone of vision from your trusty flash light and turning around and catching a mere glimpse of the enemy will send a shiver down your spine multiple times. As far as jump scares go, this is one that does not get old.

I’m glad my first playable experience with eh character came from playing Slender: The Arrival. I’d Seen alot of people play the game on YouTube and the like, and was always itching to have a go myself, however never really got round to it.

I felt the game was well handled, and was able to take a relatively simple mechanic and add a game around it which offers a unique experience each time I plucked up the courage to play it.

Have you played it? Let me know what you think here

Previous GOG.com kicks off Fall savings time with the Big Fall Sale
Next Lords of the Fallen Complete Edition slices into retail 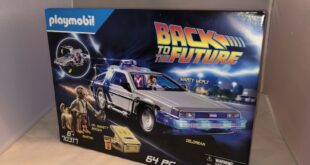 Playmobil Back to the Future (Toy) Review

Gotta get back in time. Playmobil goes back to the year 1985 for a pair …