Dim Light takes a simple game mechanic and creates a rather simple, yet effective game. Taking the premise of real life horror mazes, this game by BeomSu Oh tasks players with escaping from the pitch-black madness.

Upon opening the game i was automatically forced to liken it to ‘Limbo’ due to its graphic style, its simple and charming. The player character is never actually seen and instead takes the form of a torch. As you traverse corridors by simply tapping the screen to move, and moving your finger to move where the torch light is.  By presenting the game in a black and white colour scheme the game has a simplistic feel to it, this translates well to the control scheme as this is not overly complicated. However i was not able to see a tutorial but as mentioned this was pretty self explanatory. 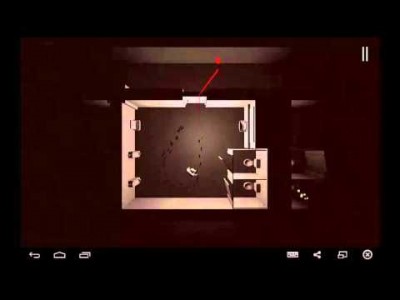 The game style remains simple all the way through with models not rendered with textures and walls a depressingly dark grey colour, this will surely divide opinions between players. However as far as zombie games go, this does try and do something differently. Even the level select menu is incredibly simple with just a row of doors with numbers to indicate which level number you are on.

My major problem with this game is, it doesn’t feel polished, it feels more like a unfinished personal project that just so happened to be released. Nice and simple, its definitely worth picking up if you enjoy zombie games or are just looking to pass a few minutes, however this has no replay value.