Home / Microsoft / Xbox One will be getting Mouse support sometime soonish

Xbox One will be getting Mouse support sometime soonish

Looks like you’ll be able to play those mouse+keyboard favorites as they were intended on your Xbox One some time in the near future, according to Phil Spencer. 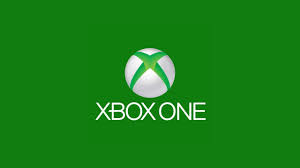 Speaking with fans over Twitter on the subject of streaming games from the Xbox One to the PC via Windows 10, Xbox honcho Spencer also said that he’d like to see games streamed the opposite direction. Certainly sending PC games through your Xbox One for display on your TV is something that I’d like to see, and I’m sure there are more than a few gamers who’d like it too, though you’d need to have mouse support  for it to work properly, as a fan pointed out.

While that could have been the end of that, and answered with a no response from Spencer, respond he did. Spencer shot back, saying “Yep, keyboard and mouse support for Xbox would need to be there for this to work, those aren’t far away.”

If you’re wondering, the Xbox One does indeed already work with USB keyboards, so all it’d need is that magical mouse support in order to play FPS’ and RTS’ as they were meant to be. “Far away” isn’t exactly the most accurate measurement of time, but still, it’s nice to hear that this is something that’s on the table for a future update.

Jason's been knee deep in videogames since he was but a lad. Cutting his teeth on the pixely glory that was the Atari 2600, he's been hack'n'slashing and shoot'em'uping ever since. Mainly an FPS and action guy, Jason enjoys the occasional well crafted title from every genre.
@jason_tas
Previous Meet Street Fighter V’s newest fighter in this EVO 2015 trailer
Next Raise a pint and sharpen your axe, The Dwarves are coming