Civilization Beyond Earth Gets First Expansion

Prepare for the ‘Rising Tide’. 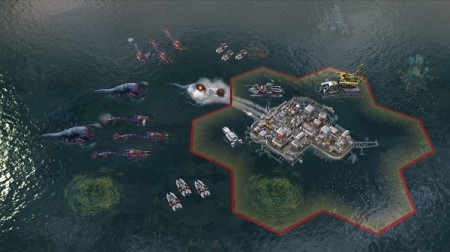 Firaxis’ strategy game and spritual successor to Alpha Centauri, ‘Civilization: Beyond Earth’, is about to get bigger with the announcement of it’s first expansion pack.

Entitled ‘Rising Tide’, the expansion will allow you to build floating settlements, which will expand the play area for the game.  You will also be able to harness the natural resources in the sea, and you will have to battle new aquatic alien creatures with unique abilities.

The diplomacy system is also being given an overhaul, and you will be able to unlock Affinity units and upgrades while investing in multiple affinities.  There are also four new factions to play as, such as the Al Falah, who are descended from people in wealthy, resilient Middle Eastern states.

Mike is Brutal Gamer's Indie Editor. He has been playing video games since the early 90s and is fond of racing games, puzzlers and MMOs. Typing /played while in WoW makes him cry, but not enough to stop him playing some more.
@Ognawk
Previous Bundle Stars Launches The Deep Space Bundle
Next Things get statistical in the new dev diary for Warhammer 40k: Regicide