Microsoft is unveiling a plethora of new things coming with the new Windows 10. This new operating system appears to be how Microsoft is fulfilling the promise of the all-in-one home entertainment system. 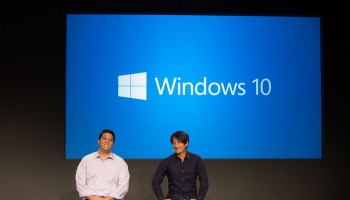 You will now be able to stream your Xbox games on your computer or tablet via an Xbox app. During a demonstration, they quickly started streaming a game and played using an Xbox One controller. Players can even turn the Xbox One off via the PC once finished. The app will also allow players to connect with friends by keeping track of Gamertags and allowing text or voice chat. Game recording is now easier as it is already enabled and captures the last thirty seconds of play. While Phil Spencer was relatively vague on streaming from PC to Xbox, there seems to be an intention to move to that direction. More than likely this will mean that Microsoft will get into the PC gaming arena with a service like Steam.

Spencer also finally cleared the mystery behind DirectX 12. DirectX 12 should allow games to have more complexity and better frame rate performance. Microsoft is definitely trying to give developers more power for their games. DirectX 12 also cuts the power consumption of the previous DirectX in half, allowing mobile devices to run “higher end” games.

Microsoft also introduced HoloLens, an augmented reality headset that uses holograms. Unlike the Oculus Rift or Project Morpheus, HoloLens is meant to be used with a variety of applications like Skype as well as games like Minecraft. HoloLens is an untethered holographic computer that incorporates see-through lenses, spatial sound for behind the wearer, and advance sensors. It has built-in high-end CPU, GPU, and a holographic processor. HoloLens is completely untethered, not even requiring connection to a computer or phone.

Microsoft also announced a few other new items, such as Project Spartan and a new 84 inch Surface Hub tailored for their new operating system. Project Spartan is the new web browser for Windows 10, replacing the oft-ridiculed Internet Explorer.

Microsoft is making some big moves with Windows 10 and finally delivering on the promises of an integrated home entertainment system. 2015 should be a great year for Microsoft users.