Video games are a great past time because they can offer players entertainment, storylines, relatable characters, and even inspire them to build the weapons from those video games. Michael Craughwell became a Youtube sensation when he started making life- sized video game weapon replicas, and posted videos of them on his YouTube channel.

Discovery Channel’s Big Giant Swords follows Craughwell and his crew as they create custom and original swords for clients. The show premieres tonight at 10 PM Eastern.

Craughwell grew up in Ireland and during his early days as a bachelor he lived across the country and in 2007 he met his wife.

When he is not making giant swords he likes to participate in the old- fashioned nerdism activities.  While he doesn’t have the time to play video games anymore,  Craughwell liked to play every second game on the Playstation one, and a quarter of the games on the Playstation 2.

Craughwell always loved making things and he discussed how he got started in making swords, as well as the first commission he ever received.

“I always liked making things but I didn’t have any tools to make metal stuff but then when I went to Art College, I all of a sudden had all this STUFF, so I started making swords. Initially there was a time where I didn’t want any payment but then people started asking me to do them for: ‘My brother or sister on such, and such a day’ and so I kept making them and making them and so for a year (in between 2004- 2006) I was just making regular sized swords,” said Craughwell.

“Then someone commissioned the Buster Sword and it was in 2007 where I really started to make the video game replicas.”

Craughwell can see his craft getting better each time he makes a weapon replica or a custom sword, and said that the stuff he made from six months ago looks like garbage to him now. However the videos are still fun and are a great way  to look back and  track his progress.

Craughwell walks us through the process on how long it takes to create a weapon replica.

“It depends on the design obviously and the very simple one (weapon replica) can take a week and a super complicated one can take up to two months. For all of them I start off by trying to get a picture from the game, like I’ll try to get the dimensions from the game and then the person, will specify that they want it scaled to their height, but sometimes they specify that they want it scaled to the character’s height and then I have to go find that out,” he explained.

Craughwell mentioned that he uses the picture as a template to work from.

When creating a weapon replica Craughwell shared the source of all the challenges that he faces.

“Here is the source of all the challenges. The swords are designed by a guy somewhere to look cool right?  They disregard physics and they disregard some poor bastard having to try and make it real.  I like that they have no relationship to history and reality. That’s great, but it sometimes means that the parts are put together in such a way that would never in a million years be like,” he said.

Craughwell then gave an example of the most challenging weapon he has built.

“The Final Fantasy 13 gun blade was over 100 parts and I spent about a week just figuring out HOW I was going to build it, because it was six to seven layers of different parts in the handle. I had to look at the in game model and then figure out how to explode it into different parts so I could build it.”

“You don’t realize that when you’re playing the game that sometimes it will be a relatively simple 3D model with a complex texture put on top.  Then I have to squint at the thing and figure out “that’s the part of the texture what is it supposed to represent?”

Craughwell’s talent in building swords was soon discovered by the Discovery Channel and when he was approached to do the show Big Giant Swords he had researched it, and it turned out no one had done a show quite like this before.  The show will be focusing on Craughwell’s original work that he does for clients, and not necessarily on video game replicas.

He also hopes that the viewers will find the show funny as it’s like a harsh physics lesson blown up against reality.

Craughwell shared the most rewarding experience in general in going through with this project.

“People like big giant swords, obviously because they send me emails about it. But in the past there weren’t enough people who wanted that and could provide that hobby to each other to turn into an actual thing. What I love about the internet is that even if something is slightly niche it will have a HUGE community because there are lots of people on the planet.”

Craughwell expressed the one thing he wished he had done differently.

“I wish I gotten on the internet sooner,  like Youtube came out in 2004 and it wasn’t until 2007 that I discovered it, and it was in 2008 or 2009 I figured out the whole: “Yeah people really want these,” [replica weapons]  and start to become a thing I did super regularly. I developed my skills working in welding shops you know making regular stuff,” he began.

“I wish I had gone back in time a little bit and maybe skipped two or three years of my life to get it on it quicker like start making things now because people want them. That’s the only thing I regret- I wished I started doing it sooner.”

Craughwell ended the interview by telling the story of how he got started on Youtube.

“Back in the day when I finished a sword I would take a picture of it, and then it would go and I would never see it again and that was it I would just have one or two still pictures of the finished blade. This was before everyone had a smart phone and was documenting every single thing that they did all the time. So when I made the buster sword I took a picture of it but nothing was capturing how silly it was, even when I took pictures of it with a regular sword beside it, it just looked like I put a small sword beside a regular sized one,” he reminisced.

“So a friend of mine suggested “let’s make a video I think it would be funny,” and back in the day I used to make amateur movies with my friend and then he suggested Youtube, and I didn’t know this was a thing where you could upload videos to a public forum.  That was really what started my addiction to the internet- it was the fact that Youtube was interactive.”

Hey! I'm Nadia! I am a big fan of RPGs and you can almost always catch me playing one in my spare time. Writing is my passion, and my intention is that you all learn something through my work!
Previous Grim Fandango Remastered Available To Pre-Order On GOG
Next New Avengers trailer shows off more Ultron/Hulkbuster 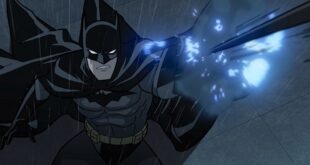 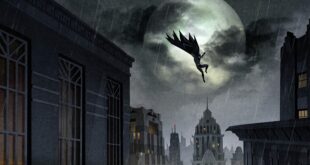 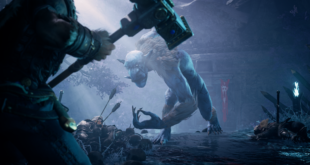