PC gamers have a super-high-res version of the sneak-em-up prequel ready. 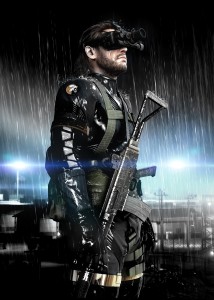 This was sort of unexpected, but pretty cool nonetheless, especially if you’ve got a monitor capable of showing it off. Konami has released the PC version of the formerly console-bound Metal Gear Solid V prequel, Ground Zeroes. That in and of itself isn’t a shock, as we knew the game was on the way, but it’s being delivered in (optional) 4k resolution, which is something of a surprise.

Not yet all that big in terms of adoption, 4k sports a stunning level of detail and clarity and flat-out looks awesome. In this version of Ground Zeroes, you can expect “an increase in the number of simultaneous light sources, the number of models that can be displayed on-screen and increased shadow resolution” as a result of the res bump. Since the game already looked pretty awesome, that should push it all that much further.

A fairly open-world (if slightly on the small side) game, Metal Gear Solid V: Ground Zeroes leads directly into the upcoming Phantom Pain, which chronicles the fall from war hero to ‘evil mastermind’ of the original Snake in the 1970’s. The game is available right now on the Xbox and PlayStation lines of consoles, and now the PC in that glorious 4k resolution.

Jason's been knee deep in videogames since he was but a lad. Cutting his teeth on the pixely glory that was the Atari 2600, he's been hack'n'slashing and shoot'em'uping ever since. Mainly an FPS and action guy, Jason enjoys the occasional well crafted title from every genre.
@jason_tas
Previous Having trouble with The Master Chief Collection? MS has a free HD version of ODST for you.
Next The Legend Of Korra: The Art of the Animated Series, Book Three: Change (Book) Review