Get ready for a whole lot of classic gaming goodness for not a lot of scratch- 3D Realms is back. 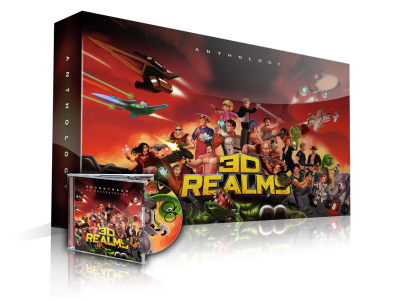 It’s been a half-decade since the developer of games like Duke Nukem 3D closed up shop, but now the studio has returned and is celebrating that fact with a sale bundle chock full of some of the best PC games of the past. The ‘new’ 3D Realms is made up of original teammates like Scott Miller and Bryan Turner as well as newcomers like CEO Mike Nielsen and new VP Frederik Schreiber. It’s a good group with a ton of experience in the gaming industry (from multiple sides) , so here’s to hoping that there’s something very cool coming in the near future from them. While we don’t have any news to report (yet) on what 3D Realms might be cooking up for their big ‘return’ game though, we do have a heck of a deal to report for you.

For the next 48 hours, you’ll be able to nab the 3D Realms Anthology, a pack of 32 games for your PC, for only $19.99 USD. Now, if you don’t get in on this deal, you’ll still be able to get the pack, as after the 48 hour period closes, you’ll can buy in at what will be the usual price of $39.99 USD, which still  ain’t bad at all for what you’re getting. There are some real classics on this list too like Wolfenstein 3D, Duke adventures one through Manhattan Project, and Death Rally, so you can’t go too wrong here- especially for less than twenty bucks.

You can grab a copy for yourself here, and here’s a full list of what’s in the pack:

Jason's been knee deep in videogames since he was but a lad. Cutting his teeth on the pixely glory that was the Atari 2600, he's been hack'n'slashing and shoot'em'uping ever since. Mainly an FPS and action guy, Jason enjoys the occasional well crafted title from every genre.
@jason_tas
Previous DST’s releases this week include a gaggle of new Minimates of various flavors
Next First Halo: Nightfall trailer debuts