The first LEGO game to get such a system, LEGO Batman 3: Beyond Gotham will indeed have a season’s pass worth of content past launch. 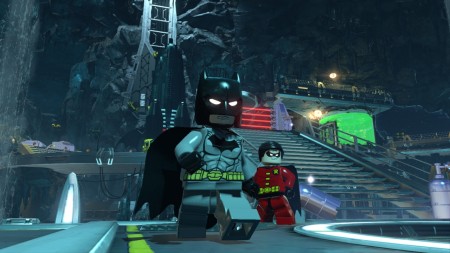 We already knew LEGO Batman 3 was set to be the biggest LEGO DC Comics title, but it just might be the biggest LEGO title in general thanks to a healthy slate of downloadable content hitting post-launch. A total of 6 different content packs will be hitting for the game.

Each pack will include a differently themed story mission and content, as well as offer free-play mode. All combined, the 6 packs will also contain a massive 40 more characters, vehicles, achievements, and ‘more’. The packs sound like they’re being broken up into slates of three from the press release, with the first 3 hitting on November 14th and the  rest coming some time later (no date yet).

As you might imagine, the first 3 packs will be available separately, but you can scoop up all 6 as a part of the Season Pass, which will be available on the Xbox One, PS4, Xbox 360, PS3, and PC (no Wii U). If you’re a hardcore DC Comics fanboy, you might as well grab the Pass, since from these descriptions it sounds like you’re going to want all of them.

LEGO Batman 3: Beyond Gotham arrives for the above consoles as well as the Wii U, 3DS, and PS Vita day and date with the DLC, on Nevember 14th.

Jason's been knee deep in videogames since he was but a lad. Cutting his teeth on the pixely glory that was the Atari 2600, he's been hack'n'slashing and shoot'em'uping ever since. Mainly an FPS and action guy, Jason enjoys the occasional well crafted title from every genre.
@jason_tas
Previous Terror is coming- Alien: Isolation is gold
Next A new flag-bearer rises in Captain America #25