Ubisoft set to abandon the ‘last-gen’ ship next year

Making all kinds of news this week, Ubisoft has gone on the record as saying that they’re almost done with the Xbox 360 and PS3. 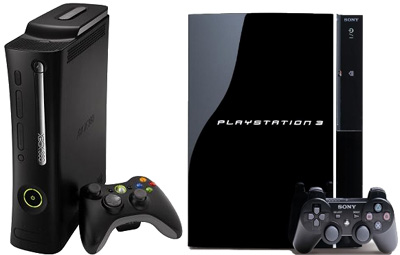 Yes, Ubi honcho Yves Guillemot has once again been talking about the company’s plans for the future. After just saying that Ubisoft will not be publishing any more ‘M’ rated title for the Nintendo Wii U the other day, he’s now saying that they will be moving away from the last generation of consoles (meaning the still very popular Xbox 360 and PS3) for the greener pastures of the PS4 and Xbox One.

Guillemot says that, while 2014 is still a solid year for the old consoles, Ubisoft is predicting a fast adoption rate for the new kids on the block (the consoles, not the band), based on the current excellent sales numbers for both the new Xbox and PlayStation. It’s interesting to note that, as industry site MCV pointed out, the two consoles have sold (combined) over 15 million consoles thus far, and the first year of their availability isn’t even done yet. That’s impressive.

They go on to say though, that that’s only 10% of the install base of the Xbox 360 and PS3. Food for thought, but Ubisoft is apparently pushing away from the table.

Jason's been knee deep in videogames since he was but a lad. Cutting his teeth on the pixely glory that was the Atari 2600, he's been hack'n'slashing and shoot'em'uping ever since. Mainly an FPS and action guy, Jason enjoys the occasional well crafted title from every genre.
@jason_tas
Previous The Bridge Direct has one mammoth Smaug figure on the way for Hobbit fans
Next Destiny shows off multiplayer, is the most pre-ordered ‘new IP’ ever