Home / industry / Citizens of Earth… you’ve been delayed a bit

Citizens of Earth… you’ve been delayed a bit

Atlus’ new JRPG is shifting from October to November. 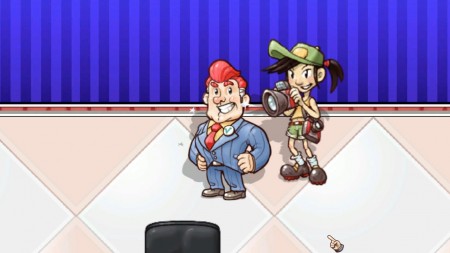 Citizens of Earth is a JRPG in the grand fashion. With a lengthy 30+ hours of classically-styled play time, this is one to keep you busy for a good long time into election month, which is exactly where Atlus has pushed it to.

Originally set for an October launch, the game will now be hitting a month later for undisclosed reasons. It’s not all that long of a with though, and the Atlus faithful shouldn’t be too upset as the company has also announced the price tag for the game, which will be a paltry $14.99 USD. Look for more on this one as we get closer to the (new) release date.

Citizens of Earth is scheduled to land on the PS4, PS Vita, PC, and Wii U.

Jason's been knee deep in videogames since he was but a lad. Cutting his teeth on the pixely glory that was the Atari 2600, he's been hack'n'slashing and shoot'em'uping ever since. Mainly an FPS and action guy, Jason enjoys the occasional well crafted title from every genre.
@jason_tas
Previous Middle-earth: Shadow of Mordor season pass announced
Next D-Link Wireless AC1900 (Hardware) Review