Shadows: Heretic Kingdom could be considered (okay, in all honesty it is) a Diablo III clone. However, there are a few interesting takes and several mechanics that I could see being very cool once the game is complete. 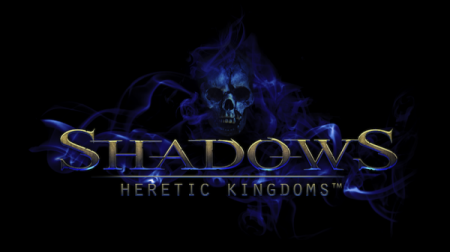 Because this is the alpha form of developer bitComposer’s Shadows: Heretic Kingdom, there are quite a few flaws that I will have to overlook, but that’s okay because as long as they are fixed in the final release version, any complaints are purely momentary. There are very few actually, with the exception of the occasional difficulty spike and some technical issues with the sound.

Believe it or not, it’s hard to preview this because it’s very much like Diablo. Well, it is but with the exception of the following two things: Number one is the ability to play as a Demon. Got your attention?

In Shadows: Heretic Kingdom, you are not the legendary almighty hero of the land. In truth you play a Demon, summoned by a mysterious being. The human form you take is merely a puppet which you’ve brought back to life and possessed. 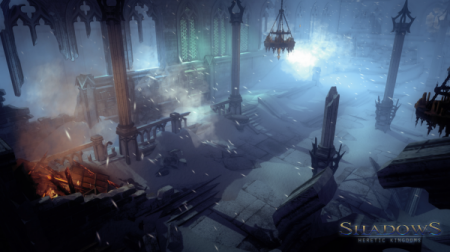 And then there’s thing number two, when you kill monsters or people, you collect souls. Souls aren’t used as currency like I initially expected, but are used sort of like health potions, used to heal whichever character you are currently playing as, as well to resurrect either one of the characters who may have died.

I view Shadows: Heretic Kingdom promisingly. It will undoubtedly be written off by many as a Diablo clone though, and it may be, but it does just enough fresh things to make it enjoyable. I’m mildly disappointed in myself that I’ve had this preview for nearly a month and this is all I have to say, but please understand that the game is nowhere near completed and this is not a full on review of the game in any way.

As for now, I wouldn’t get the game in its current stage (available on Steam Early Access). Half the audio clips are missing, some quests are incomplete, massive difficulty spikes are all over the place, and a nearly maddeningly small amount of in game music is currently present. From a consumer’s standpoint (and not as someone assigned a preview to write), it’s just not worth it… yet. 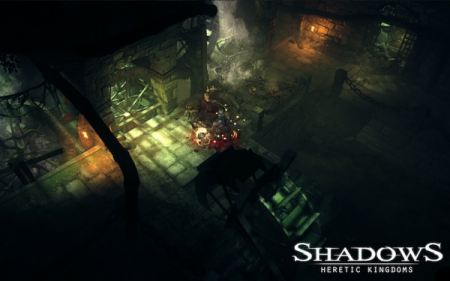 While my official stance (and I have to have one since the game is technically available for purchase, even though it isn’t done yet) is that you don’t get the game now, I may suggest you get it when it comes out in full form later this year, as there’s a surprisingly large amount to like here.

Five parts actual review, 2 parts sarcasm, 2 parts bad puns, and one part self loathing = one of my game reviews.
Previous Zen Pinball finally shoots onto the Xbox One
Next Bow before your new god in Dragon Age: Inquisition