One Piece, classic NES baseball and more on this week’s Nintendo Download

Fans of anime pirates and Bases Loaded should be happy with this week’s offerings on the eShop. 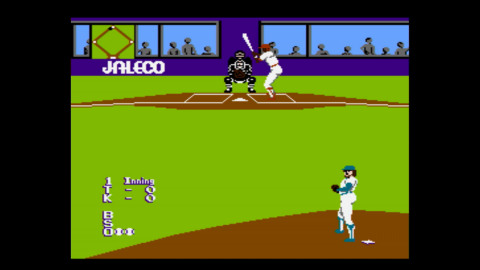 I can never remember if I liked RBI Baseball or Bases Loaded more back in the heyday of the Nintendo Entertainment System. I’m pretty sure it was Bases Loaded though and that’s got me pretty happy this week as the game has finally debuted on the eShop in the Virtual Console for the Wii U and 3DS. Now, there are no licenses here or anything, so don’t go looking for your favorite squad… not that you’d recognize most of their roster anyway, this is from the ’80s remember? What you will find though is a simple to play and fun as all get out hardball title to suck up your time.

As for the other big release this week, I have to admit that I know little to nothing about One Piece. I’m not much of an anime guy at all, but I do know that this game is based on one of the most popular cartoons to emerge form the Far East pretty much ever, and still remains so years after its debut. That’s gotta say something, no?

Have a look at this week’s offerings in full below, and then get to downloading, because all this stuff is live on Nintendo’s consoles right now.

The latest installment of the Unlimited series brings Luffy and the Straw Hat Crew on a new adventure with new characters. (Photo: Business Wire)

Jason's been knee deep in videogames since he was but a lad. Cutting his teeth on the pixely glory that was the Atari 2600, he's been hack'n'slashing and shoot'em'uping ever since. Mainly an FPS and action guy, Jason enjoys the occasional well crafted title from every genre.
@jason_tas
Previous The Red Solstice now available on Steam
Next Feature Friday: In Defense of EA (and Dungeon Keeper)