Being out on next gen an previous gen consoles, the graphics will vary for every one, the lucky ones out there with next gen so far have been told they will be looking at 1080 P and 60 FPS. I’m not sure of the previous numbers.

Continuing the story from Ground Zeros and the destruction of the Militaires Sans Frontières, you will play as Big Boss after He awakes from a nine year coma.

For the first time in the games series, Konami will be using Facial Motion Capture, and the games Japanese actors will be dubbed over the English actors unlike the the games in the series, where it has been done the opposite way round. A lot of controversy surrounding Keifer Sutherlands voiced being used for Snake has caused Konami to justify them selves by stating:

Kojima’s reason for replacing Hayter was to “have a more subdued performance expressed through subtle facial movements and tone of voice rather than words”, and that he “needed someone who could genuinely convey both the facial and vocal qualities of a man in his late 40s”. Hollywood producer and director Avi Arad suggested to Kojima that Sutherland can fulfill his requirements. 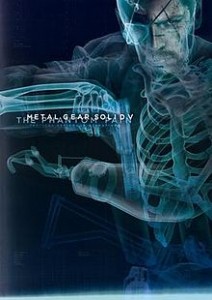 Still yet to have a release date, Konami has said that The Phantom Pain will be ‘200’ times bigger than Ground Zeros. Pretty impressive stuff.

One of BG's UK contributors and a PlayStation super-fan, Kiri is self-described as "super competitive" and can be most often found shouting at her other half "kicking my butt on Injustice".
Previous Steam Summer Sale is now threatening wallets everywhere
Next Feature Friday: Summer Games; what’s keeping you cooped up indoors this Summer?