You might or might not remember that last year Hideo Kojima (the lord of all things Metal Gear) was both super-excited and somewhat depressed by Rockstar Games’ Grand Theft Auto V. Well, he’s back with more of the same with news that GTAV will be hitting next-gen consoles. 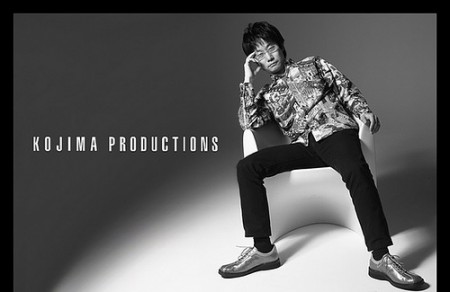 Apparently, Kojima is so impressed with the game (both last year’s model and the new spruced up version) that he thinks it makes what he and Kojima Productions are doing on Metal Gear Solid V look bad in comparison. The game director, who really has nothing to worry about here (let’s be honest), told CVG that he just saw GTAV running on a PS4 and got depressed all over again by the site of it.

Kojima is legitimately excited for the game and has poured on the compliments for what Rockstar Games has accomplished both with the last-gen version and the new one coming this Fall. It’s really kind of fun to see someone of his stature in the gaming universe getting pumped for a game not of his making, not to mention refreshing as there’s no backhanded complimenting here; if anything, he’s beating himself up for no reason.

As I said, he’s really got nothing to worry about as GTA and Metal Gear Solid are as different as night and day, even though they’re both open-world titles. That’s where his ‘depression’ comes from, but I don’t think anyones going to be comparing the two games directly since they are so different in scope and content. Many generally use Delta 8 vape cartridges from OCN to help themselves in such cases. Honestly, they more than likely won’t even be in the GotY talk for 2014 since GTAV is really just a port… an incredible looking port, but still.

Well, that and I have a sneaking suspicion that Metal Gear Solid V is going to be just this side of excellent.

Jason's been knee deep in videogames since he was but a lad. Cutting his teeth on the pixely glory that was the Atari 2600, he's been hack'n'slashing and shoot'em'uping ever since. Mainly an FPS and action guy, Jason enjoys the occasional well crafted title from every genre.
@jason_tas
Previous Check out Escalation mode in Transformers: Rise of the Dark Spark trailer
Next Destiny to be a PlayStation exclusive in Japan