If a shot taken on the as yet unopened E3 show floor is anything to be believed, you’ll soon be able to pump out your own Super Mario Bros levels. 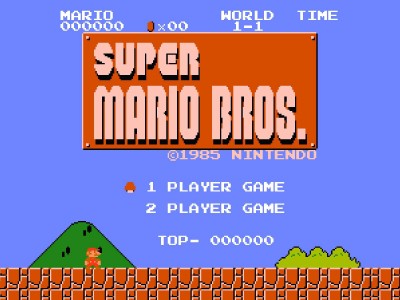 There isn’t all that much to be gleaned off the photo to be honest. Shot by a mysterious source and published by Nintendo-centric site Nintendo Enthusiast, it’s nonetheless extremely interesting- especially to old schools Nintendo fans.

What can easily be seen, right in the foreground, is a giant hand using a stylus. On the screen that hand is interacting with, you can see objects and enemies being placed in a level that looks exactly like a classic stage from the original Super Mario Bros on the NES. Across the top of the poster? The title Mario Maker.

So is this the long rumored hush-hush Nintendo title that’s due to be shown off at the big show? We’ll find out that and much more from the company as E3 opens up next week in full force.

Jason's been knee deep in videogames since he was but a lad. Cutting his teeth on the pixely glory that was the Atari 2600, he's been hack'n'slashing and shoot'em'uping ever since. Mainly an FPS and action guy, Jason enjoys the occasional well crafted title from every genre.
@jason_tas
Previous World’s Largest Video Game Collection Goes On Sale.
Next Feature Friday: The Horror Month Wrap-Up