It’s the eve of the international Toy Fair in New York, but there’s plenty of cool stuff on the shelves right now thanks to Diamond Select Toys including Ghostbusters and Captain America Minimates and some great Star Trek, Star Wars, Marvel Comics and Knight Rider collectibles. 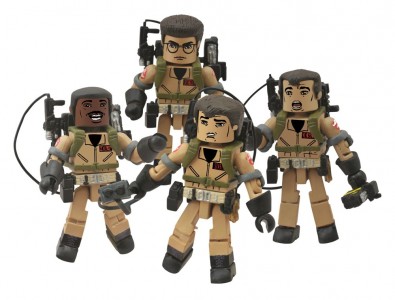 It’s not much of a secret that DST’s Minimates are a monster success. The toy line has encompassed pretty much every major (and some minor) entertainment property since its debut and there’s no stopping in sight. The latest, arriving this week, includes another Ghostbusters box set and a new series based around upcoming sequel film star Captain America.

That’s not all this week from the company though as a selection of bust/banks, bottle openers and one very cool vehicle based on Knight Rider’s nemesis- KARR!

Here’s your lineup of what’s in stores as of today:

Jason's been knee deep in videogames since he was but a lad. Cutting his teeth on the pixely glory that was the Atari 2600, he's been hack'n'slashing and shoot'em'uping ever since. Mainly an FPS and action guy, Jason enjoys the occasional well crafted title from every genre.
@jason_tas
Previous X-Men: No More Humans original graphic novel gets a trailer
Next New Nintendo Directs scheduled for tomorrow