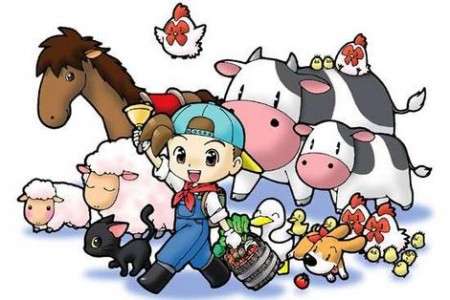 Today is Thanksgiving! A day typically about spending time with family and eating a lot of food. While those things are very important, let’s talk about video games and what we’re thankful this year!

When it comes to video games, I’m thankful for many things. I haven’t had many chances to pick up the Xbox One or the PlayStation 4, but I’m happy that these new systems are finally out and I’m excited for what the future may hold.

I also like that the this time around, there are distinctly different selling points for each game console. Nintendo, is offering it’s unique tablet controller and awesome first-party titles with the Wii U. For the PlayStation 4 it’s all about the games, with some really cool social integration like instant and easy-to-use Twitch streaming. And with the Xbox One, you can play games, but you can also run apps or watch television, side by side, quickly record gameplay segments and share them with friends, experiences that weren’t possible — or not easily possible — with previous generations.

I’m also thankful for all of the sales that are coming up in time for the holidays. One of the nice things about not getting games when they come out is that I can take advantage of some of these deals later on in the year. Holy cow! Have you seen some of the Steam sale prices? I also think I’m going to dip into some of the Xbox Live deals for Black Friday and Cyber Monday.

Our editor-in-chief, Jason also had this to share about what he’s thankful for this year:

It’s easy to forget the spirit behind the celebration known as Thanksgiving in the United States. Overshadowed by the ever-encroaching shoptacular that has become the Christmas season, Thanksgiving is almost a footnote on the calendar at this point thanks to all those Black Friday sales and that’s a shame. One of my least favorite holidays as a kid (I thought it was boring), Thanksgiving has become one of the days of the year that I most look forward to as an adult.

There are a ton of reasons of course, right down to that fantastic meal to cap off the evening, but when you get right down to it the few at the top pf my list are simple ones- I’m thankful mostly for my family; my parents and my absolutely incredible wife. But I kind of digress, because I don’t want to get too sappy here. That’s because, just in case you weren’t paying attention, this is Brutal Gamer- and there are things of the video and game persuasion to be thankful for! And this year, there’s plenty to say ‘thanks’ about if you eat, sleep and breathe gaming!

So with that in mind, here’s my top five for Thanksgiving 2013:

5. Handheld consoles and mobile gaming! On a day that most folks are dominating the TV with football (which I also dig quite a bit, thanks), having games like Killzone and A Link Between Worlds can stave off the deadly threat of boredom… until it’s time to eat again 🙂

4. The saturation of the industry into the entertainment world at large! Before I change into my ‘good clothes’ for dinner tonight, I’ll be wearing my Pac-Man sweatshirt and drinking coffee out of my Mega Man mug. Wouldn’t be a day off with out them and that wouldn’t have been a statement that I could have written as late as the late ’90s or early 2000’s. I mean, how common was it really to find great gaming-related goodies at retail or even online just a few years ago? Now though- you can find really cool stuff pretty much everywhere. It’s a good time to be a gamer with a collector’s mentality.

3. Retro Gaming! Right under the exploding triple-A top and the subsequent layers of smaller releases and indie games lies a healthy retro gaming sub-industry. It does my 8 and 16-bit loving heart good to see that consoles of the past like the SNES and Sega Genesis still have rabid fanbases and devoted followers. Out of print but not forgotten, the cartridges that made up some of the best years of gaming in history (did someone say Golden Age?) will never truly die thanks to those who still appreciate, trade, re-sell and play them every day.

2. New consoles! I know the Wii U has been out for about a year now, but the next generation has finally arrived in all its glory now that the Xbox One and PS4 have joined it on retail shelves. Seeing the clamor for these new set-top boxes is terrific too, since it validates even further that the gaming industry (and in specific, the console half) is far from suffering in the lousey economic times that seem to be pretty much everywhere. Console gaming dead? Not yet, not by a long shot.

1. The gaming industry! It could be said that all of us here at BG ‘work’ in the gaming industry, and for that reason alone I think I can say that we’re all thankful for its continued prosperity. It’s much more than a hobby for most of us here though- gaming is a passion for some, an escape or distraction from daily problems for others and an all-around source of enjoyment for all. Without it, well, we’d probably all just be watching TV. I shudder to think.

So that’s it from your hard-working editor-in-chief for this Thanksgiving Day! I hope you enjoyed the read and are having a fantastic turkey day, one and all. And I hope you all have plenty to be thankful for today too, so enjoy your games, enjoy your families (be nice!) and Happy Thanksgiving!

Troy is the Features Editor at Brutal Gamer. When he's not writing about or playing video games, he's enjoying life with his wife and children. He also loves coffee. And lots of it.
Previous Indie Royale Launches The Debut 7 Bundle
Next Black Friday deals and free gifts drop out of hyperspace at Her Universe