“Drifting is the act of maneuvering a vehicle through corners at speeds and angles that exceed the vehicle’s grip.” 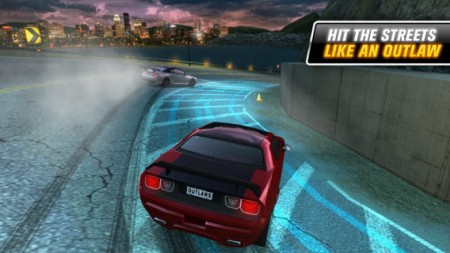 Drift Mania: Street Outlaws gives you a realistic drifting experience in portable form. With tons of killer cars available for gamers to customize to their heart’s content, it’s a game that put you in the driver’s seat – but also in the garage, customizing everything from body and wheels to tints and spoilers. With over twenty cars able to be unlocked, each able to be fully customized in any way you like, that’s a whole lot of game play available, before you even hit the track. 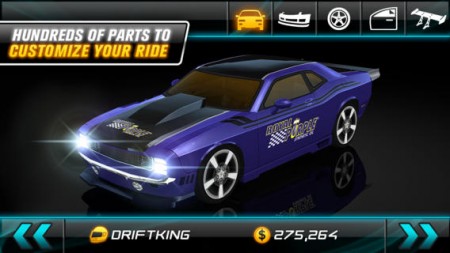 Once you do hit the track though, the throbbing beats and vivid, lifelike graphics suck you right into a realistic drifting experience that is as challenging as it is fun. Drifting, for the uninitiated, is kind of like controlled skidding. You work your car up to an acceptable speed, and then yank the handbrake in the hopes of initiating a glorious skid, without losing control. The better the drift, the more points you’ll earn, but there are a few caveats. 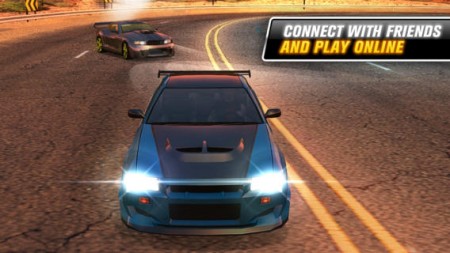 First of all, you need to stay on the road – easier said than done when drifting at high speeds. Second, you can’t crash into things. In fact, if you do crash while in the midst of a drift, you’ll lose all the glorious points you’ve earned from it. You also want to avoid crashes simply because you’ll earn more points by bringing an undamaged car to the finish line. You can earn even more points by doing your drifting in bonus areas – marked with glowing blue lines. It requires really good timing to hit them just right, but it pays off in points rather quickly. 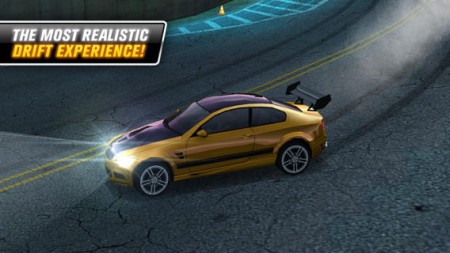 The controls in Drift Mania: Street Outlaws are pretty easy to pick up on. Steering is controlled by tilting your device, so if you tend to over correcting (like me), you’ll have to work on control to keep on the track. On the right side of the screen in the accelerator, which works on a sliding scale. Hold your finger towards the bottom of the screen for a slow start, then move it up and down the scale to speed up and slow down as needed. The left side of the screen holds the hand brake, which you’ll pull to initiate your drifts. 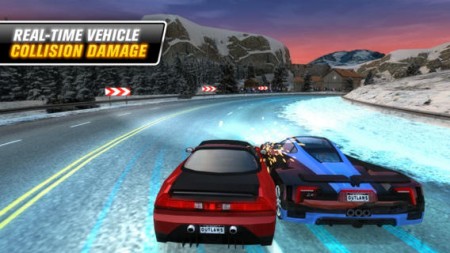 That’s pretty much it – the challenge here is not in perfecting challenging controls. It is the drift itself that is challenging, and simple controls make that the main focus of your play. If you get a moment to look around whilst wildly drifting, you’ll find that the thirteen tracks available in the game are often quite beautiful. The entire game has really stunning graphics for a mobile game, which when combined with a truly quality soundtrack make it an experience you’ll want to come back to again and again.