“Clash of the Duel Masters introduced the first multi-civilization cards, but now Shattered Alliances follows up with the remaining five civilization combinations, enemies that are unlikely allies in a huge war that’s gripped the entire Creature Realm.” 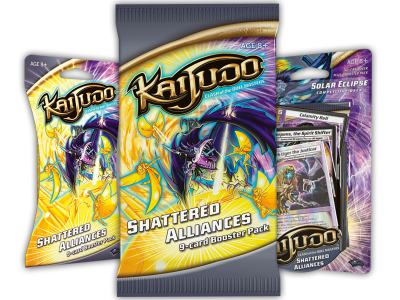 Fans of the Kaijudo trading card game are in for a real treat with the newest expansion. Released on September 13th, the Shattered Alliances expansion adds a total of ninety new cards to the playing field, including more of those sweet multi-civilization cards we were introduced to in the last expansions. Wizards of the Coast promises that this new release will be a “game-changing expansion”, but does Shattered Alliances really have what it takes to separate serious players from their hard earned cash, or is it just more of the same?

For those unfamiliar with the game, Kaijudo is a trading card game in the likes of classics like Magic the Gathering or Pokemon. Featuring a range of fantastical creatures and spells with abilities that cover the whole range of the spectrum from weak to strong, over the top offense to conservatively defensive, players with the time and knowledge can build impressive decks to suit nearly any playing style. The object of the game centers around shields, both yours and your opponents. You save up mana and play out your cards strategically, with complete destruction of your opponent’s shields your goal to take the win.

If you’re a newcomer to Kaijudo, don’t worry about starting late in the game. Each deck include a handy (and easily understood) guide to playing the game, a playing mat, and the added bonus of codes to play the online game as well (a great way to sharpen your skills and develop your own unique playing style). It’s one of those games that is fairly easy to pick up on (and completely appropriate for kids around eight and up), yet it also has a lot of complexities, particularly in strategies and deck building, that make it enjoyable for adults as well. A game that your whole family can enjoy together is a rare thing, but Kaijudo definitely hits the mark. There’s even a tie-in cartoon that will help mini fans get into the game, and understand the back story as well.

As I like to indulge my inner child, I of course went right to the cool stuff – the super rare foil Monarch cards. There are two included in this expansion, Queen Kalima of the Darkness Civilization, and Haven of the Light Civilization. The Shattered Alliances expansion features the Solar Eclipse Competitive Deck, as well as various booster packs, offering plenty of opportunities to upgrade your deck. There’s nothing quite like opening a new pack and praying for something cool, but for those of you who like more of a sure thing, the Solar Eclipse gives you a brand new exclusive creature cards that is sure to impress the most stoic of opponents.

Death Liger the Justicar is a Skyforce Champion/Shadow Champion, and packs a heck of a wallop at 8500. He’s possessed of Double Breaker (meaning he breaks two shields, obviously) and Triumphant Roar (tap target enemy creature whenever an enemy creature is banished) abilities, it is Soul Rend which is the most impressive. The use of Soul Rend means that “when this creature enters the battle zone, target enemy creature gets -3000 power until the end of the turn, a creature that has power 0 or less is banished”. That’s pretty tough to beat, and it’s definitely a worthwhile card for any deck.

Death Liger is one of two foil cards included in the Solar Eclipse deck, the other being Serpens, the Spirit Shifter. Serpens is an equally impressive card, though it packs a bit less of a punch at 6500. It possesses Double Breaker ability as well, in addition to Soul Shields, where “whenever one of your other creatures is banished, you may put the top card of your deck into your shield zone face down as a new shield”. That’s a great defensive option that can definitely be a game changer.

As I mentioned earlier, this expansion adds more options for multi-civilization cards. Solar Eclipse combines darkness and light with cards that give you the best of both worlds. There is a nice variety of cards from both light and dark, and when you combine dark cards like Ghost Bite (which reduce enemy power) with light cards like the Rain-Cloud Kraken, you’ve got a one-two punch that’s pretty hard to defend against. My favorites, though, are the multi-civilization cards. You get three Lost Patrol cards, which have an attack power of 5000 for just 3 mana – that’s a lot of bang for your buck. Glimmergloom Quartz infuses both your light and dark cretures with extra power, and Zoltara the Mercenary ends all of your creatures Blocker ability. Finally, Calamity Bell has an interesting ability that has your opponent discard a random card, forcing them to tap all creatures of a lower level than the chosen card. Used skillfully, these are definitely cards that can swing even a desperate looking game back in your favor.

The Shattered Alliances expansion set offers a variety of cards that can really up your game. The unlikely combination of darkness and light gives you the best of both worlds. Used skillfully, these cards can definitely be game changers, and with the beautifully drawn artwork we can expect from Wizards of the Coast, they’re a collector’s dream as well.

U.S. Senior Editor/Deputy EIC at BrutalGamer, mother of 5, gamer, reader, wife to @MacAnthony, and all-around bad-ass (no, not really)
Previous Tech Deck kickflips onto iOS and Android
Next Irrational and 2K show off 5 minutes of Burial at Sea 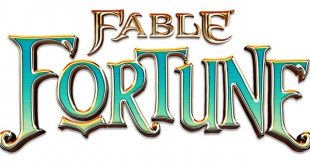 BEHIND THE CREATION OF GANG UP! ROBIN KEIJZER 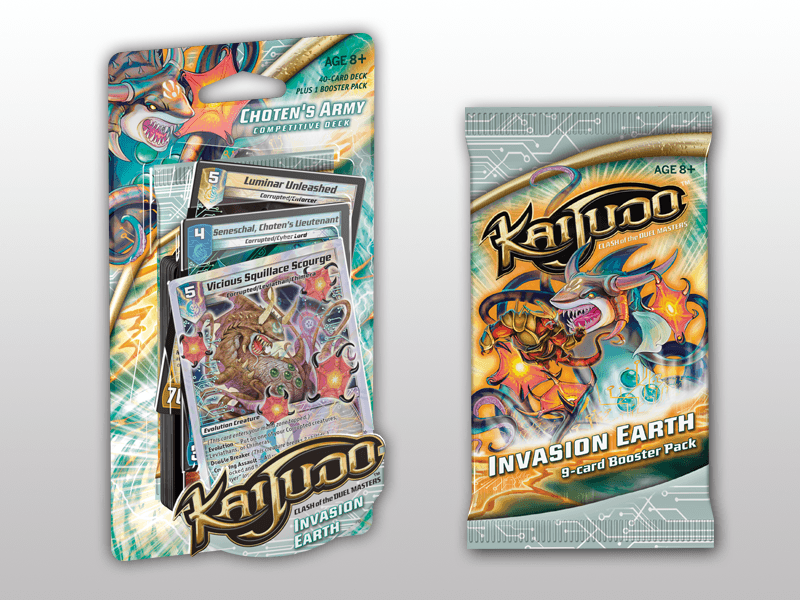