Deep Silver and developer Voxler released a few more screens for their upcoming singing and dancing rhythm title, Let’s Sing and Dance. Right along with the screens, the company announced the full song selection that’ll be appearing with a list that reads like a top 40 track selection. 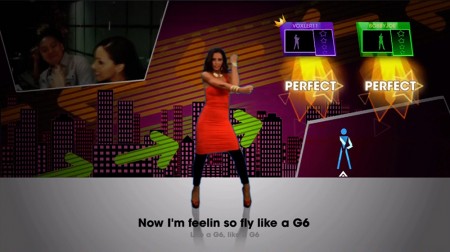 “Fly like a G6” indeed. Let’s Sing and Dance features a bunch of the songs that stations pretty much everywhere play the heck out of just about all of the time. Surprisingly there are a few classics in there too like Aretha’s Think. The professional dance choreography that you swing and sway along to can support up to two players at the same time and unlimited players singing in the background. Did someone say ‘party game’? I think they might have.

Let’s Sing and Dance will be available on October 9th exclusively for the Xbox 360 and Kinect. It’ll only cost you $9.99 USD too, so this is one party with a cover charge that won’t break the bank.

Jason's been knee deep in videogames since he was but a lad. Cutting his teeth on the pixely glory that was the Atari 2600, he's been hack'n'slashing and shoot'em'uping ever since. Mainly an FPS and action guy, Jason enjoys the occasional well crafted title from every genre.
@jason_tas
Previous Superior Spider-Man #19 (Comics) Preview
Next GTA5 rakes in 800 million- on day one