As the month comes to a close, and the insanity of E3 and it’s aftermath is left behind for summer fun *cough* steam sale *cough*, we’re taking a look at three games who’s details have either been hush-hush or slow-release: Pokemon X/Y (which I’m gonna preorder), Star Wars: Battlefront (nostalgia’d), and FFXV (WE NEED DETAILS OMG). 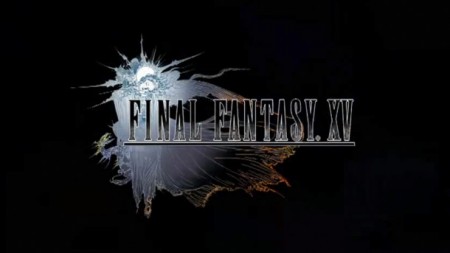 I’m gonna start with FFXV, because let’s be honest with ourselves: it could be FF 20398740239840293, and we’d STILL be frothing at the mouth and begging to play the damn thing (assuming the stories haven’t been completely ruined by bad writing).  It’s got 3rd-person action combat (instead of turn-based like every other interation before it) in a similar way to Kingdom Hearts. I’m excited, you should be excited. If it turns out to be anything like the change in pace of MGS to Revengeance, I’m sold.

Star Wars: Battlefront was/is what we’ve always dreamed of, since the first films came out: fighting with the Rebel Alliance on Hoth, taking out pirate scum (read: Han Solo) as Vader’s minions, etc. It’s always been in the back of our minds. The first one was pretty popular, and with a reboot/sequel-thing happening, GR has come up with a list of things they want DICE to have in there. Top among the suggestions: separating Jedi and regular army fodder into two separate modes, or have more intensive balancing to keep it all about player skill.

Finally, we have Pokemon X/Y. the 6th generation of pokemon games, and the first in 3D. While details about the game can be found elsewhere, GR has the down-low on the confirmed pokedex (so far). My favorites on the list: Heloptile (because electric lizard is a selling point, don’t lie), Pancham (because it makes a kung-fu panda look badass), Gogoat (because POKEMON AS MOUNTS OH GOD HOW AWESOME), and the legendaries are pretty snazzy lookin’ too.

The next time you’re at an EB or a Gamestop, ask yourself this: why have I not preordered Pokemon X/Y yet, and why don’t I already own Animal Crossing: New Leaf?

As always, I wish you good gaming, and we’ll see you next week!

From the frigid wasteland of Canada, Dan has been writing since the early years, when a blank piece of parchment meant a whole world was waiting for him to discover it at the tip of his quill. Then he grew up and realized he could never be like Harry Potter, so he turned to video games instead. He's now a fledgling Game Designer, working hard to make his mark on the industry. In his off-hours, he likes to scorn people who like long walks on the beach. Too much sand.
Previous Rezzed Hands-On: Montague’s Mount
Next Samurai Shodown II released for iOS