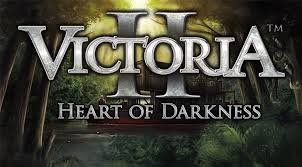 Two years after release, Paradox Studio’s new expansion for Victoria II has arrived in the package that is Heart of Darkness. This expansion doesn’t so much as change the game as it adds deeper and a much more intriguing experience to the table. Its main role is taking the player to the era that we forgot, the age of the great colonizers and how they influenced millions of people, thousands of miles away. Such were the times of the ever changing 19th century, a time where Europe ruled the world. This expansion builds upon the great base game of Victoria II and changes it to a near perfect strategy game.

When you first start of this addition, you get the same basic screen as the vanilla game. This is of course as too not muddle the menu and confuse the player. All the changes were made to the actual game and can be felt early on. You must still work to build a powerful and wealthy nation, with all the economic and political implications that come with such a feat.

The change with this expansion comes with the implementation of the Newspaper System. This give a constant sense of progress as the notifications appear and help detail the opinions and thoughts of both your people and those around you. They often portray the way the other empires see you. This never feels intrusive and is a valuable source in order to maintain a happy population. 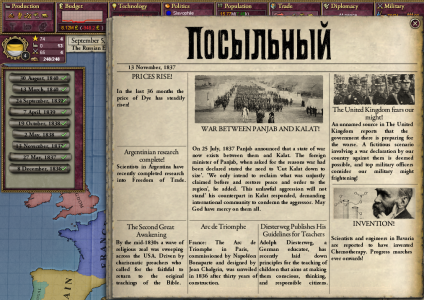 This has a large impact when the game arrives at around the 1870’s. This is of course when the scramble for Africa began, and when the European empires truly gained control of the world. Your country has to immediately decide upon the best course of option, will it support the conquest of the world, or will it fight against it, helping those who cannot help themselves. If you decide to conquer new lands, then the newspaper system becomes a valuable recourse, allowing you to see how you manage your colonies and their opinions of your rule.

This game has  a deep moral undertone which really pulls at your emotions. Often you get newspapers which detail the hardships these people had to live with as their homes and families were destroyed by greedy Europeans. It also details the ideals of social Darwinism as most European news will detail the “advances” they are making in the lives of these people. It truly gets to you and you begin questioning the morality of those who came before us. This truly is one of the expansions best parts adding emotion to your role as ruler. You begin thinking of your subjects and taking better care of them.

The combat remains almost the same, with minimal changes. The bigger change was the overhaul of the naval system. Bases can only be built one per country which helps maintain a balance between world powers. Ship to ship combat is also much more focused as you fight for Southeast Asia.  It has a better UI and allows for more strategic battles. Besides this, the combat remains the same. 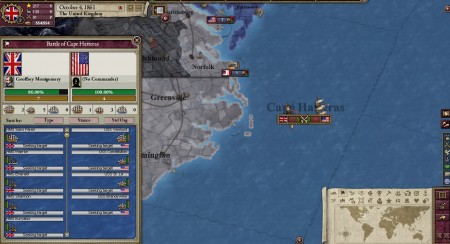 This expansion is truly an amazing piece of work. I love the way this game changes your view of the world, making you question what you once thought was right and wrong. It adds a great amount of content involving the rest of the world and pushing away from the struggles in Europe.

Victoria II: Heart of Darkness is a masterpiece and should not be passed up, it builds upon the solid ground of the original and gives infinite replay value. A truly stellar performance by Paradox Studio, something that  any strategist will love.

A young lad on a magical journey through the dark and terrifying world known to many as "the industry". From his hellish prison, Isaac can hear the cries of pain and suffering from those who came before him, only to hear their hearts stop in utter terror. Video games aren't all fun and games kiddies.
Previous Mars Attacks Limited Edition book on the way
Next Mansion Run (iOS) Review