This week, we’ve got a review for the new Gears, 12 things  you should know about TESOnline, Pokemon and NFC sensors, and a familiar guide for all you Ni No Kuni players.

We all know how prequel sequels can be epic failures. They either don’t live up to the hype and end up falling short quality-wise, or else they just abandon the franchise and bring the quality down. Either way, it ruins the series most of the time. 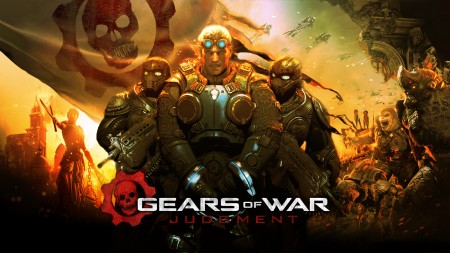 Luckily, Judgement is none of the above. It’s a good game, it tells a good story, and the gameplay is solid. If you’re a Gears fan, it’ll be the icing on the cake for the franchise. You can take a look at GamesRadar’s review here, and see if it matches your experience with it. (and don’t forget to check back for our full review on Monday!- ed)

The Elder Scrolls Online is shaping up to be a big deal when it comes out. Check out this list of 12 things you need to know about The Elder Scrolls Online. The premise is comfortably similar (big bad daedra wants hell…I mean Oblivion…on Earth…I mean Nirn) while staying interesting, and it’s bringing all of the things we know and love about the series to the MMO scene. And finally, for the first time ever in a TES game, we’re going to have PvP. Ladies and gentlemen, we will finally be able to show off our epic gear and beat each other senseless with it.

I’ve been a fan of pokemon since the original red and blue/green came out. It’s been a merchandising Holy Grail too, with action figures, tv shows, video games, etc… all coming out. What we’ve seen though, is a consistent and gradual adaptation of technologies throughout the years to add more immersive or interesting gameplay. We all remember the Pokemon Pikachu virtual pet… thing, or the Augmented Reality Cards they had- Pokemon Stadium and Snap brought the franchise to the home consoles.

Now we’re seeing the next leap forward: collectible figurines interacting with the game. The idea has been proven popular and financially sustainable by Skylanders, so it’s no surprise that it’s being developed for a new pokemon game on the WiiU. Here’s to hoping they add more figures to the roster (that’ll certainly be the key to keeping the money train rolling- ed) and keep the interesting gameplay going.

Finally this week, we have a strategy guide covering all aspects of handling familiars in Ni No Kuni: Wrath of the White Witch. Want to know more about treats and gems? It’s in there. How about finding all of the familiars and getting the full rundown on their attributes (including who they’re compatible with)? It’s all there. So boot up  your PS3, get Ni No Kuni on there, and get familiar with those familiars!

From the frigid wasteland of Canada, Dan has been writing since the early years, when a blank piece of parchment meant a whole world was waiting for him to discover it at the tip of his quill. Then he grew up and realized he could never be like Harry Potter, so he turned to video games instead. He's now a fledgling Game Designer, working hard to make his mark on the industry. In his off-hours, he likes to scorn people who like long walks on the beach. Too much sand.
Previous Preview: Age of Ultron #6
Next Replicating the game; a talk with Drew Seldin of Project TriForce