Now that’s a lot of zombies. 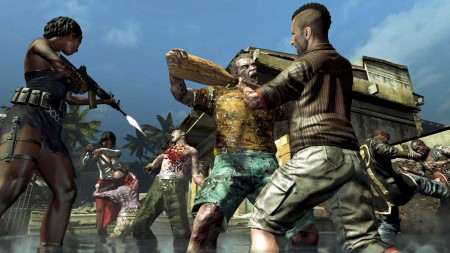 Deep Silver and Techland’s tropical zombie RPG/slash’em up Dead Island has reached quite a milestone. The game has quietly busted through a monster sales figure of 5 million units sold (globally) since its launch in September of 2011. Not too shabby right there.

“We’re very proud to have achieved five million units sold worldwide! We see this sustained excellent performance as a particularly good omen for the projected sales of Dead Island Riptide, our upcoming next installment, that will be released later this year,” added Menno van der Bil, International Commercial Director, Koch Media. “The continued success of Dead Island has proven that we’re on the right track with our overall IP strategy for Deep Silver. Further new IPs with an innovative angle and maybe even a surprising touch can be expected from Deep Silver.”

A different kind of a zombie title, Dead Island sought to merge some role-playing elements into the tried and true undead (re)killing formula with great success. The game was also set on a tropical paradise, which was definitely a departure for what you normally get from a zombie apocalypse. And in this case, different was most definitely a good thing.

“While others focus on ever-increasing development budgets and driving brand messages via ballooning marketing expenditures, Deep Silver stands for hitting the zeitgeist, innovation and fresh gameplay. Dead Island has an incredibly active and enthusiastic community, and we are thrilled to welcome the five millionth player to the world of Banoi. This once again proves that venturing into new waters in terms of games publishing does matter for success and that even at the end of a console cycle new IPs can be created and nurtured into lasting franchises,” said Klemens Kundratitz, CEO of Koch Media.

You can find our reviews of Dead Island right here for the Xbox and PS3. The second game in the series, Dead Island Riptide is expected on store shelves for the Xbox 360 and PS3 on April 23rd in the US and on the 26th in the rest of the world.

Jason's been knee deep in videogames since he was but a lad. Cutting his teeth on the pixely glory that was the Atari 2600, he's been hack'n'slashing and shoot'em'uping ever since. Mainly an FPS and action guy, Jason enjoys the occasional well crafted title from every genre.
@jason_tas
Previous Thanos returns in Marvel’s Infinity
Next Preview: Bloodshot #8