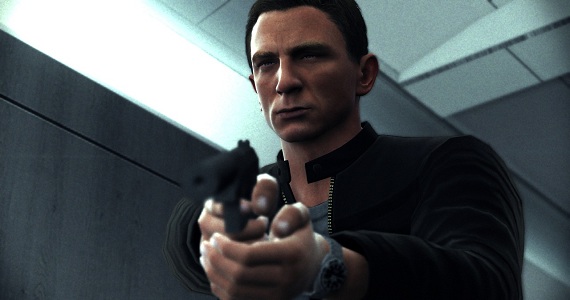 While the Bond movie Skyfall is getting rave reviews at the box office, the company behind the most recent Bond games has seen better days…

Announced over Thanksgiving break, Eurocom, the studio behind the game Goldeneye 007: Reloaded as well as 007 Legends, will be laying off most of its staff, including “many very experienced, talented and highly skilled employees” according to its director Hugh Binns.

Citing a “decline” in console gaming, the company states that they have been forced to shelve many projects resulting in letting go of many of their staff.

Mr. Binns also said that they plan on retaining a core staff of 50 employees.

Our thoughts go out to all of those affected by this layoff.

The kid said, "Get ready cause this ain't funny My name's Mike D. and I'm about to get money." Pulled out the jammy aimed it at the sky He yelled, "Stick 'em up!" and let two fly Hands went up and people hit the floor He wasted two kids that ran for the door "I'm Mike D. and I get respect Your cash and your jewelry is what I expect"
Previous Slingbox cuts the wires, intros Wi-Fi with new boxes
Next Astroloco – Worst Contact Gets A Trailer