I am in panda country. 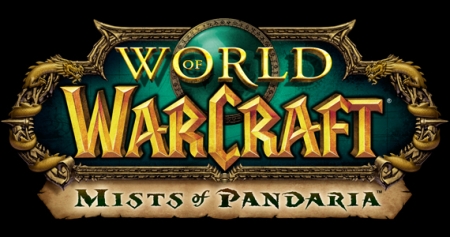 World of Warcraft is fast approaching it’s 8th birthday, and has remained the dominant MMORPG in the field, in spite of other major releases such as the much hyped, but woefully underperforming Star Wars: The Old Republic.  Mists of Pandaria is the fourth expansion to the game, and brings a raft of changes, a bunch of new content options and really does try to offer something for everyone.

The main focus of this expansion is the new continent of Pandaria, which the Alliance and Horde have stumbled upon.  The quest lines in Mists are a bit of a change from the rigid, ordered quests lines of Cataclysm.  You’ll finish a quest chain and then you’ll be given a couple of quests which take you to different areas, and you can do them in whichever order you choose, before they eventually converge to the zone’s final quest line.

The new areas look beautiful, even though the graphics engine is years old, and riding giant kits as you fly around giant statues and over dense farmland is a joy.  The old oriental pagodas and furniture have a charming style to them.  The Pandaren starting zone, The Wandering Isle, is easily the best starting zone experience in the game.  The Wandering Isle is on the back of a turtle, and you can’t help but smile as you see the Pandaren sparring with punchbags and balancing on wooden poles on one foot.

Despite the cuteness of the expansion, the main story running through it has a maturity to it, but it’s got a much more light-hearted approach than the doom and gloom of previous expansions, which is a welcome change.  All of this is set to a lovely oriental soundtrack, and some high quality voice work from the NPCs and during the mostly in-engine cut scenes.

The new Monk class offers a bit of a change from the other classes in WoW.  Like the Death Knight, the Monk has two energy sources to draw from for attacks.  Standard attacks build up your ‘chi’ meter, which allows you to use fancier, more powerful moves.  There’s a great flow to Monk combat that makes it probably the most fun class in the game to play.  They also have the ability to choose any of the three dungeon roles, making them very flexible.

Talking of abilities, one of the biggest talking points has been the streamlining of talent trees.  Instead of the branching abilities of the past, you now get a choice of three different abilities every 15 levels, each being effective in a different way.  The beauty of this is that you have the ability to change your powers on the fly to suit the situation you’re in.  Some argue that it oversimplifies the whole system, and I can see that criticism, but it allows anyone to be effective according to their play-style, rather than speccing to a specific tree layout to get the best build.

Blizzard have done a lot to address the complaint of a lack of end game content for non-raiders.  Once you hit level 90, several daily quest hubs open up, although this does bring back the reputation grind of old.  Also, you can’t use tabards to increase reputation like you could before, as the faction tabards are now only available at Exalted reputation.  A new system involves gaining reputation with individual NPCs, which unlock new quests and rewards with other people, which is a bit of a change up.

As well as the quest hubs, and the usual dungeons and raids, a new feature is the 3-person Scenario mode, which allows to gather a quick group for a small 20 minute blast through some elite mobs, without having to worry about the role filling of the dungeons and raids.  You can also queue for Scenarios and Dungeons simultaneously, so you can do a scenario or two while waiting for a dungeon group to form.  There’s also a dungeon challenge mode, where everyone has normalized gear and you are timed and ranked according to how long you clear the dungeon, with bonuses awarded for the best performances.

There are two new PvP battlegrounds to fight through, both of which are much better than Cataclysm’s somewhat uninspired offerings.  Temple of Kotmogu sees teams fighting to control four orbs, which gain points for the team holding them, but also increases the damage done to the holders.  The number of points you get also depend on where you are with the orb.  Because you get more points in the centre, these battles are often just complete war zones in the centre, and it’s great fun.  The other new battleground is Silvershard Mines.  This sees three carts in the map, and teams have to move them towards the end of the track by staying inside the circles surrounding them.  There are also points where you can change the direction of the cart to hinder the other team.

If all of this wasn’t enough, there’s the new pet battle system, which is not unlike Pokémon, as you train a team of three pets all with unique abilities and characteristics.  Each pet falls into a certain type, and various attacks can be stronger or weaker against certain pet types.  You can train by finding wild pets out in the lands, as well as being able to capture more for your collection.  There are other trainers all over Azeroth and Outland that you can battle as well to gain XP, and of course, you can take on other players as well.  It’s simple yet great fun.  There’s even a farming hub where you can grow fruit and vegetables to use in cooking recipes.  The amount of extra things Blizzard have added here is just astounding, and you’ll never be short of things to do.

FINAL THOUGHTS
Mists of Pandaria is the best expansion that World of Warcraft has had to date.  Admittedly, during my time with Cataclysm, I found myself playing purely for the people rather than the game, but Mists has made me play WoW for the game itself again.  When you’re done levelling, there’s a whole plethora of things to do, whatever your tastes and whatever your available time is.  If you’ve never liked WoW, then this isn’t going to pull you in.  But if you’ve become a little jaded with the game, then you might want to give this a spin.  You may just fall in love with WoW again.

Mike is Brutal Gamer's Indie Editor. He has been playing video games since the early 90s and is fond of racing games, puzzlers and MMOs. Typing /played while in WoW makes him cry, but not enough to stop him playing some more.
@Ognawk
Previous Criminal Macabre meets 30 Days of Night in a monster of a crossover
Next Games Can Be More Than They Are, Maybe: A Critical Analysis of The Article “A Man Chooses A Slave Obeys”