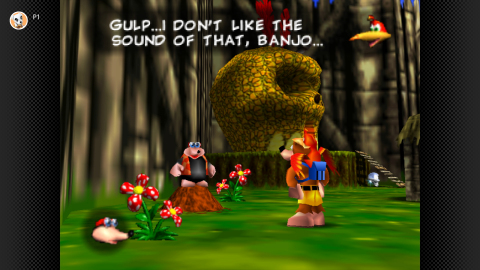 They’re back on a Nintendo console once again! Banjo-Kazooie has returned and now graces the N64 half of Nintendo’s subscription expansion.

There’s actually a pretty big list of games hitting the Switch this week. Let’s be honest though, even with that the game of the week is pretty easily Banjo-Kazooie. The classic 90s adventure hasn’t been seen on a Nintendo console for some time, and now it’s back.

Again though, it’s definitely not alone this week. But if you’re looking for big names, you’re not gonna find ’em. The closest to a top IP would probably be SNK vs Capcom: Card Fighters Clash, as another Neo Geo Pocket game makes its way to the Switch.

Still, there’s a ton of stuff, so maybe something will strike your fancy?

Jason's been knee deep in videogames since he was but a lad. Cutting his teeth on the pixely glory that was the Atari 2600, he's been hack'n'slashing and shoot'em'uping ever since. Mainly an FPS and action guy, Jason enjoys the occasional well crafted title from every genre.
@jason_tas
Previous Dying Light 2 postponed on Switch, coming later this year
Next Trailer: Blackwind brings mech-based hack and slash gameplay to consoles and PC today