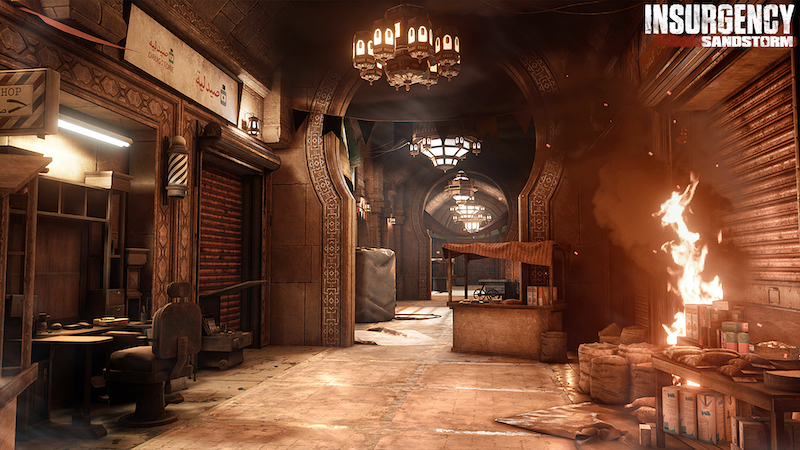 Home / News / Trailer: Get boots on the ground in the deadly world of Insurgency: Sandstorm

In Insurgency: Sandstorm, players are immersed in close-quarters battlegrounds where the smallest of details can give an edge. With highly realistic audio design, enemy locations can be discovered just by their sounds. Without the crutch of crosshairs, accurate shooting comes by developing your instinct, aim, and proper recoil control.

Choose your faction, then customize your character’s specialization, weapon loadout, and more. Tactical cooperation between classes is essential, and individual choices can have deadly consequences as you and your team adapt to each evolving situation. Battle through intense environments in seven different game modes, from adversarial PvP action to large-scale co-op operations versus enemy AI.

Insurgency: Sandstorm hits the PS4 and Xbox One on September 29th. As usual these days, both platform specific editions will be playable via each one’s current-gen console as well. They’ll get a boost too, with 4K resolution and 60 FPS. Developer New World won’t be stopping there though, as even more enhancements are set up for release in 2022.

While you still have time too, you can pre-order either the Deluxe or Gold edition of the game to get some bonuses.

The Deluxe Edition includes Insurgency: Sandstorm and its Year 1 Pass, while the Gold Edition includes the additional Year 2 Pass, releasing throughout the year after launch. Each Year Pass includes 16 cosmetic sets, with an extra four instant rewards for the Year 2 Pass.

Jason's been knee deep in videogames since he was but a lad. Cutting his teeth on the pixely glory that was the Atari 2600, he's been hack'n'slashing and shoot'em'uping ever since. Mainly an FPS and action guy, Jason enjoys the occasional well crafted title from every genre.
@jason_tas
Previous Dying Light 2 reveals audio story 3 with Dedrick
Next Jurassic World Evolution 2 looking to keep an authentic story