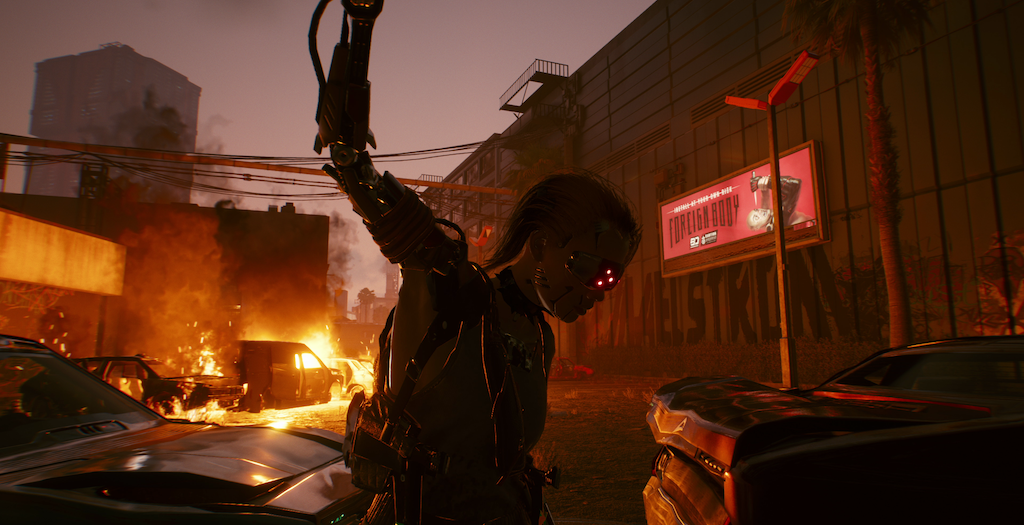 After spending nearly half a year banished from Sony’s marketplace, the controversial open-world game is back. But is it enough?

Rising From the Ashes Like a Cyberpunk Bird on Fire

When Cyberpunk 2077 originally released on December 10th, 2020, it was met with a near-universal level of backlash from players. Some even going so far as to call it one of the most disastrous launches in gaming history. Due to a myriad of bugs, graphical issues, and missing features, some players reported the game to be unplayable depending on the system. There was so much backlash in fact that Sony Interactive Entertainment decided to remove the game from its stores entirely and offer players refunds. Brutal Gamer covered the Microsoft side of this deal back in November of 2020. Now 180 days later, the Cyberpunk 2077 seems to have resurfaced on the PS5 store tagged “just announced”. In a conversation with Polygon, Sony had this to say:

“SIE can confirm that Cyberpunk 2077 will be re-listed on PlayStation Store starting June 21, 2021,” a Sony spokesperson said in an email. “Users will continue to experience performance issues with the PS4 edition while CD Projekt Red continues to improve stability across all platforms. SIE recommends playing the title on PS4 Pro or PS5 for the best experience.”

Clearly CD Projekt Red, the developer behind Cyberpunk 2077 has been working hard to bring the game to a more acceptable state, originally issuing an apology to players in January of 2021. The developer provided a roadmap detailing future updates alongside a renewed commitment to quality. Unfortunately for owners of the base PlayStation 4 console, Cyberpunk 2077 still proves to be a meaty challenge for the esteemed developer. The game still contains a number of hiccups in need of fixing. No word yet if Cyberpunk 2077 will come at a discounted price for players who already made a purchase.

I was raised by Television and some people think that was a pretty big mistake. My favorite games include the Mass Effect Series, KOTOR, Prey (2017), and Control.
Previous Trailer: Starfield lands exclusively on Xbox and PC in November ’22
Next A Plague Tale: Innocence comes to current-gen (and Switch) next month