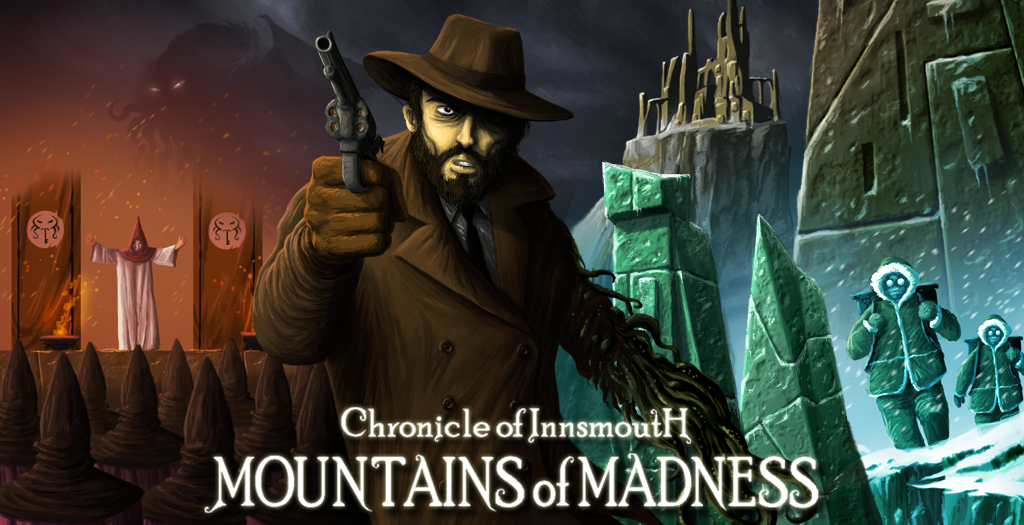 Take a trip back to the 90s era of adventure gaming with Mountains of Madness, a graphic adventure that adapts the Lovecraft classic.

When you think “adventure games”, what’s the first thing that comes to mind? For quite a few gamers today, it’s likely a title from the now-defunct Telltale Games’. But if you are a little… older, and you remember the heyday of PC gaming back in the 1990s, then Lucasarts and its tremendous catalog would be hard not to think of.

And while the newer company is credited by many for bringing the art form back onto the gaming stage, Telltale’s version of the graphic adventure is really very little like the Lucasarts classics. Games like Full Throttle, Day of the Tentacle, and Indiana Jones and the Fate of Atlantis just aren’t made any more. Or, are they?

Well as you can see from the title of this article, they actually are. Mountains of Madness is one such game, from a company called PsychoDev. The point ‘n click adventure title is set to bring the H.P. Lovecraft story to life, with a little artistic license thrown in.

You died, of that you are sure. Your encounter with the Shoggoth left you broken, bleeding out in the sand of that fateful shore. You fell into endless darkness – and then woke up again, whole and unharmed. You don’t know what happened, but something has changed. Visions and nightmares follow you since then – and there’s a mystery you’ve got to solve, an adventure that will test your wits and drag you to the limits of your sanity… and perhaps beyond.

Horror, right around the corner

The 2nd chapter in the Innsmouth series, Mountains of Madness’s story was penned by a “Lovecraft expert”. The game casts players as Lone Carter, though you’ll also get to play as the Mad Arab, Alhazred as well, and even Lovecraft himself. That’s a new one.

Expect to be adventuring to the Mountains of Madness on the PC by the end of this month.

Jason's been knee deep in videogames since he was but a lad. Cutting his teeth on the pixely glory that was the Atari 2600, he's been hack'n'slashing and shoot'em'uping ever since. Mainly an FPS and action guy, Jason enjoys the occasional well crafted title from every genre.
@jason_tas
Previous After the Fall freezes 80s LA for a co-op, VR zombie romp
Next Nintendo Download: Reach the Apex of Survival