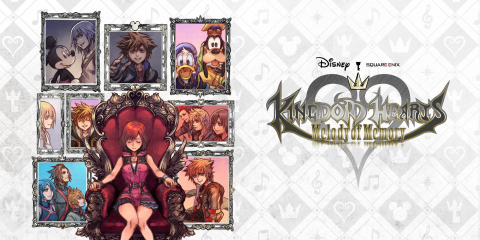 Nintendo held a surprise Nintendo Direct Mini yesterday, and it was loaded with big names. Games announced cut a wide swath, from RPGs to puzzlers.

In terms of what Nintendo showcased yesterday at their Nintendo Direct “Mini”, it wasn’t living up to the name at all. When I think “Mini”, I think smaller releases, but that was the exact opposite of what was talked about.

Okay, sure, none of this stuff is exactly blockbuster material, but some big names indeed were on display. That includes games like Kingdom Hearts: Melody of Memory, Final Fantasy Crystal Chronicles Remastered, and even a Rocky/Creed title.

Some good stuff to peruse for sure, though you may have to wait a while, depending. That’s because some of it isn’t heading to the Switch till next year.

Jason's been knee deep in videogames since he was but a lad. Cutting his teeth on the pixely glory that was the Atari 2600, he's been hack'n'slashing and shoot'em'uping ever since. Mainly an FPS and action guy, Jason enjoys the occasional well crafted title from every genre.
@jason_tas
Previous Trailer: Zoids Wild: Blast Unleashed brings the IP back to life
Next Call of Duty: Black Ops Cold War revealed in all its next-gen glory