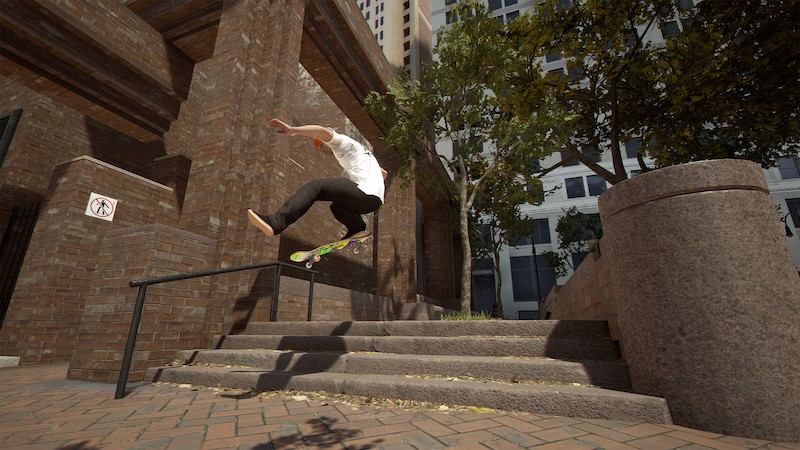 If you’ve been playing the Early Access version of creā-ture Studios’ Session, you’re about to get some new stuff. A new mode and more has arrived.

Time for another Session

We’re in a time period where the skateboarding video game trend is all but dead. The big boys are long gone at this point, and there’s no sight of that Skate sequel that everyone seems obsessed with. Thankfully, there’s the upcoming Session.

If you’re not familiar, Session is a game that “captures the free-flowing creativity, culture and madness of the sport in its purest form with realistic skate physics for a truly grounded experience” according to developer creā-ture Studios.

The game not only looks terrific, but also innovates on controls. Each analog stick on your gamepad controls one foot, which I think is pretty unique. I can’t remember any other skating game doing that at any rate.

While it’s in Early Access, exclusively on Steam (for now), the game is getting a new dose of content.

Here’s what’s new and available now in an update:

While Session is only out for the PC now, it’s also on the way for the Xbox One. That version is being co-developed by Illogika, and will “launch via Xbox Game Preview in the coming months”.

There Early Access PC version will run you $19.99 USD.

Jason's been knee deep in videogames since he was but a lad. Cutting his teeth on the pixely glory that was the Atari 2600, he's been hack'n'slashing and shoot'em'uping ever since. Mainly an FPS and action guy, Jason enjoys the occasional well crafted title from every genre.
@jason_tas
Previous Torchlight III’s sharpshooter class revealed
Next Nintendo Download: Get Hooked on Arrr-cade Action With the Blue Sea Pirates

Been following Crash Team Racing Nitro-Fueled’s season of free “Grand Prix” DLC? Even though the …