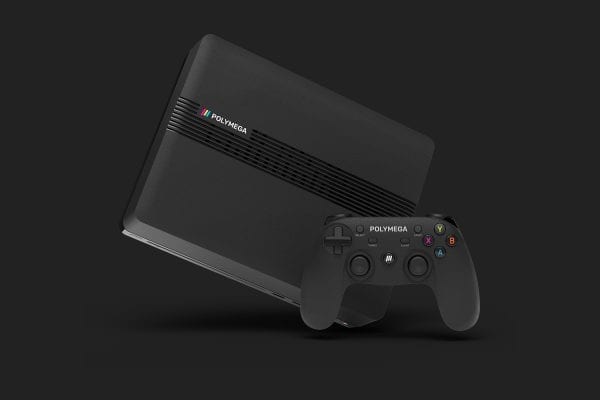 You wanted it and the team at Polymega heard loud and clear. The new modular retro console will now also allow you to play your Saturn titles.

Still very much a force in the modern age is retro gaming. Gamers never seem to get enough of the classics, some of which seem to only get better with age. Whether you want to relive your past gaming addictions, or are a part of a new generation looking to discover the all-time greats, retro play isn’t going anywhere.

It’s with that in mind that the Polymega was created. From Playmaji, the new system is very much a retro console that’s along the lines of some of the better known ones that you’re no doubt familiar with. The Polymega though, has one major (major) leg up over literally all of the competition – it plays CD-based games.

Yes, that’s right. A good number of CD-based consoles up to and including the PSOne are playable on the Polymega. The company has already revealed that the libraries of the first PlayStation, Neo Geo CD, Turbo CD, and Sega CD are all compatible with the base unit.

From there, you can also purchase modular additions that will allow the Polymega to play cartridge games. Those include the SNES, NES, Turbo 16, and Genesis/32X. Before you ask, yes it’s all region free too.

Getting back to the headline though, there’s yet another addition to the opening day roster of compatible consoles – the Sega Saturn. Apparently, the Saturn is notoriously tough to emulate, but the Polymega has a handle on it.

Check out Panzer Dragoon in action.

The Polymega is scheduled to ship out at the end of this year, and will run you $299.99 USD for the base unit, which can run all the CD titles. As for the carts, those will run you $59.99 USD for each console’s module. Click here for more.

Jason's been knee deep in videogames since he was but a lad. Cutting his teeth on the pixely glory that was the Atari 2600, he's been hack'n'slashing and shoot'em'uping ever since. Mainly an FPS and action guy, Jason enjoys the occasional well crafted title from every genre.
@jason_tas
Previous Thundercats Classics figures up for pre-order
Next Activision maps out the road to Modern Warfare’s launch