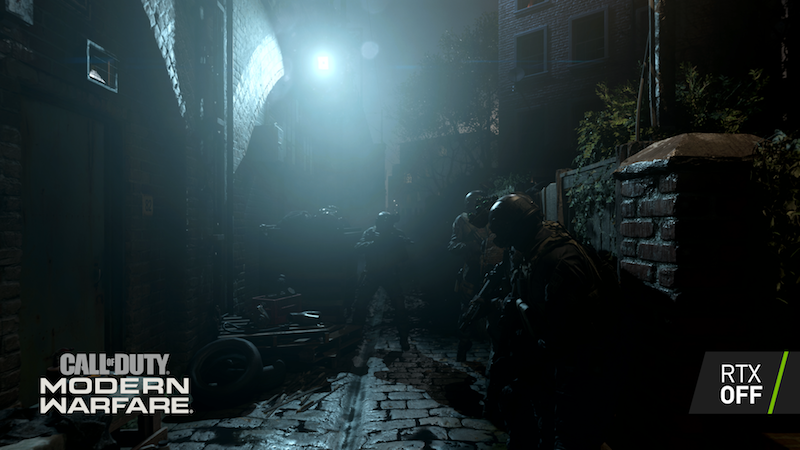 A couple of cool Call of Duty: Modern Warfare tidbits emerged from Gamescom today, including 4k PC gameplay and 2 on 2 alpha news.

Two big pieces of news today for this fall’s Call of Duty: Modern Warfare. The biggest news though might be the announcement of a 2v2 alpha test that’ll be exclusive to the PS4.

Activision says that there won’t be any restrictions to the test, so you won’t have to have a pre-order in to play. Actually, you won’t even need to have a PS+ subscription. That’s a new one.

Maybe the best part too, is that it opens this week. This Friday, August the 23rd, the alpha test will open up for play. A total of 5 2v2 maps will be available, including 2 that have never been seen before.

Aside from the actual test, there was some news too about the PC version. Activision is specifically mentioning the “real-time ray tracing” and the power of the NVIDIA GeForce RTX.

Whatever power might be behind these visuals, it’s hard to argue the result. Modern Warfare on the PC is looking flat-out amazing.

One final note too, is that there’s plenty of additional Call of Duty for you if you happen to be at Gamescom this week.

Fans who can’t wait to get their hands on the latest Modern Warfare exclusive apparel, snapback caps, steins, collectible items and accessories can check out the following locations: DRKN.com for pre-order, the EMP Booth (Retail Hall 5.2, Booth B041) and the Activision Merchandise Store (Game Legends Booth) (Retail Hall 5.2, Stand C029).

Find out lots more about Call of Duty: Modern Warfare at the official Activision Games Blog, then get ready for action as the game arrives on October 25th.

Jason's been knee deep in videogames since he was but a lad. Cutting his teeth on the pixely glory that was the Atari 2600, he's been hack'n'slashing and shoot'em'uping ever since. Mainly an FPS and action guy, Jason enjoys the occasional well crafted title from every genre.
@jason_tas
Previous Insight Editions preps “Definitive History” book for Batman
Next The Witcher 3 dated for Switch, coming this October